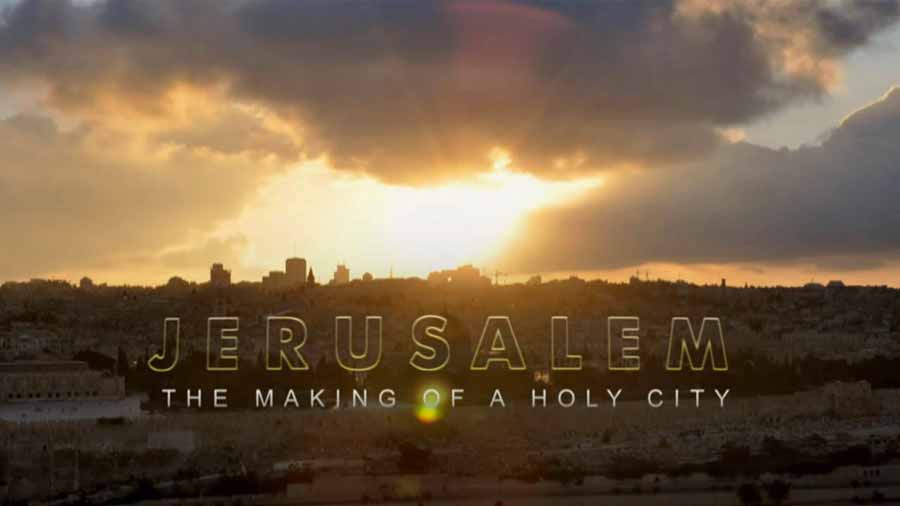 Jerusalem – The Making of a Holy City episode 3: In the final part of his series, Simon explores how this unique city rose from a crumbling ruin after the crusades to be rebuilt as a world centre of Islamic pilgrimage. He explains how Jerusalem became the object of rivalry between the Christian nations of Europe, the focus of the longing of Jews from all over the world and, ultimately, the site of one of the world’s most intractable conflicts.

Jerusalem is one of the oldest cities in the world. For the Jewish faith, it is the site of the western wall, the last remnant of the second Jewish temple. And for Christians, the Church of the Holy Sepulchre is the site of the death and resurrection of Jesus Christ. For Muslims, the Al-Aqsa mosque is the third holiest sanctuary of Islam.

Starting in the Middle Ages, Simon goes on a chronological journey to trace the revival of the city under the Mamluks and its conquest by the biggest of all the Islamic empires – the Ottomans. He examines how the distinctive national identity of the Arab population evolved under centuries of Turkish Ottoman rule and how the city came to be prized by the great powers of 19th-century Europe. The programme explores the emergence of Zionism and the growing Jewish population of the city and traces the origins of today’s nationalist struggle.

Jerusalem: The Making of a Holy City episode 3

Church of the Holy Sepulchre

The Church of the Holy Sepulchre is a church in the Christian Quarter of the Old City of Jerusalem. The church contains, according to traditions dating back to at least the fourth century, the two holiest sites in Christianity: the site where Jesus was crucified, at a place known as Calvary or Golgotha, and Jesus’s empty tomb, where he was buried and resurrected. The tomb is enclosed by a 19th-century shrine called the Aedicula. The Status Quo, an understanding between religious communities dating to 1757, applies to the site.

Within the church proper are the last four (or, by some definitions, five) stations of the Via Dolorosa, representing the final episodes of the Passion of Jesus. The church has been a major Christian pilgrimage destination since its creation in the fourth century, as the traditional site of the resurrection of Christ, thus its original Greek name, Church of the Anastasis (‘Resurrection’).

Today, the wider complex around the Church of the Holy Sepulchre also serves as the headquarters of the Greek Orthodox Patriarch of Jerusalem, while control of the church itself is shared among several Christian denominations and secular entities in complicated arrangements essentially unchanged for over 160 years, and some for much longer. The main denominations sharing property over parts of the church are the Greek Orthodox, Roman Catholic and Armenian Apostolic, and to a lesser degree the Coptic Orthodox, Syriac Orthodox and Ethiopian Orthodox.

Title
Jerusalem: The Making of a Holy City episode 3
Description

Jerusalem - The Making of a Holy City episode 3: Simon explores how this city rose from a ruin after the crusades to be rebuilt as a centre of pilgrimage.