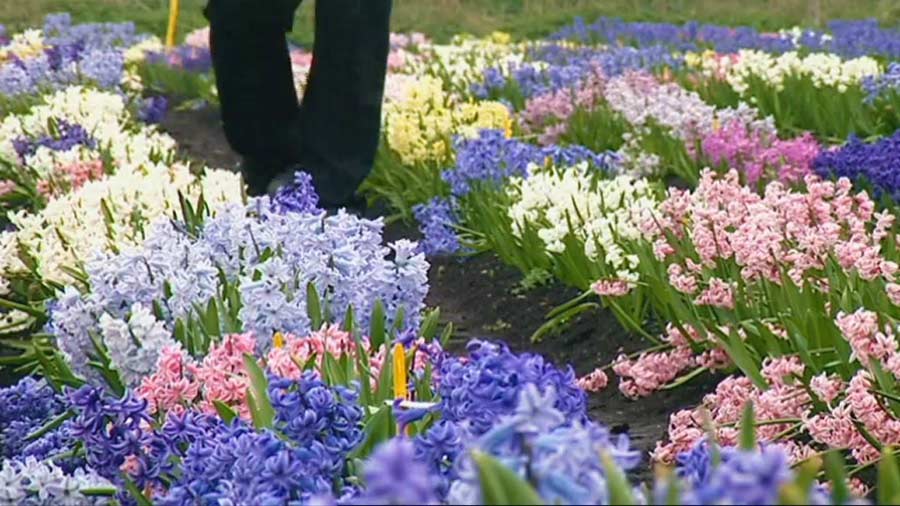 The A to Z of TV Gardening - Letter H

The A to Z of TV Gardening – Letter H: Carol Kirkwood takes an alphabetical journey through the world of gardening, getting inspiration and advice from some of the BBC’s most popular garden presenters and programmes.

In this episode, she is exploring subjects that all begin with the letter H: Herb garden, Hyacinth, Healing plants.

The A to Z of TV Gardening – Letter H

The herb garden is often a separate space in the garden, devoted to growing a specific group of plants known as herbs. These gardens may be informal patches of plants, or they may be carefully designed, even to the point of arranging and clipping the plants to form specific patterns, as in a knot garden.

Herb gardens may be purely functional or they may include a blend of functional and ornamental plants. The herbs are usually used to flavour food in cooking, though they may also be used in other ways, such as discouraging pests, providing pleasant scents, or serving medicinal purposes (such as a physic garden), among others.

A kitchen garden can be created by planting different herbs in pots or containers, with the added benefit of mobility. Although not all herbs thrive in pots or containers, some herbs do better than others. Mint, a fragrant yet invasive herb, is an example of an herb that is advisable to keep in a container or it will take over the whole garden.

Hyacinthus is a small genus of bulbous, fragrant flowering plants in the family Asparagaceae, subfamily Scilloideae. These are commonly called hyacinths. The genus is native to the eastern Mediterranean (from the south of Turkey through to northern part of the region of Palestine).

Several species of Brodiea, Scilla, and other plants that were formerly classified in the lily family and have flower clusters borne along the stalk also have common names with the word “hyacinth” in them. Hyacinths should also not be confused with the genus Muscari, which are commonly known as grape hyacinths.

The ability to synthesize a wide variety of chemical compounds that are used to perform important biological functions, and to defend against attack from predators such as insects, fungi and herbivorous mammals is called herbal medicine. Many of these phytochemicals have beneficial effects on long-term health when consumed by humans, and can be used to effectively treat human diseases. At least 12,000 such compounds have been isolated so far; a number estimated to be less than 10% of the total.

Title
The A to Z of TV Gardening - Letter H
Description

In this episode, she is exploring subjects that all begin with the letter H: Herb garden, Hyacinth, Healing plants.