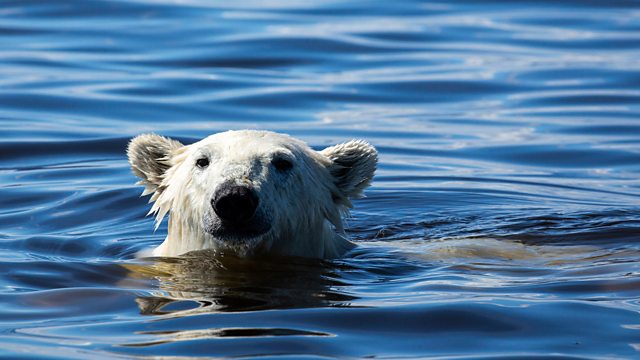 Seven Worlds – One Planet episode 6: North America – a land of change where pioneering animals make the most of surprising opportunities.

More than any other continent, North America is defined by extreme weather and seasonal change. For animals that live here this poses great challenges, but for those with a pioneering spirit it can also offer great rewards.

In Canada’s Yukon, winter can be brutal – up to six feet of snow can fall in a single day. But lynx have found a way to survive where others cannot, pushing farther north than any other cat species on earth. To catch a meal, they must outsmart quicker and more nimble prey, the aptly named snowshoe hair.

With no east-west mountain range crossing North America, Arctic air can flow unimpeded as far south as the southern swamps, locking alligators into a blanket of ice and forcing manatees to flee in search of warmer water.

Spring arrives rapidly, covering the Rocky Mountains in a riot of wildflowers and turning frozen creeks into raging torrents. In the streams of Tennessee, male chub fish go to great lengths to attract a mate, moving thousands of stones to build rock pyramids over a metre high. When temperatures are just right, the forests of Mississippi come alive with the spectacular glow of millions of fireflies illuminating the night.

On the central prairies, summer brings formidable weather. Warm air from the Gulf of Mexico meets Arctic air head-on, resulting in tornados. Spinning across the Great Plains at speeds of 300 miles per hour, these are the fastest winds on earth. Prairie dogs take evasive action, and it’s not just tornados they’re avoiding. American badgers slink through the long summer grass on the hunt for burrowing owls and unsuspecting prairie dog pups.

Seven Worlds - One Planet episode 6: North America - a land of change where pioneering animals make the most of surprising opportunities.