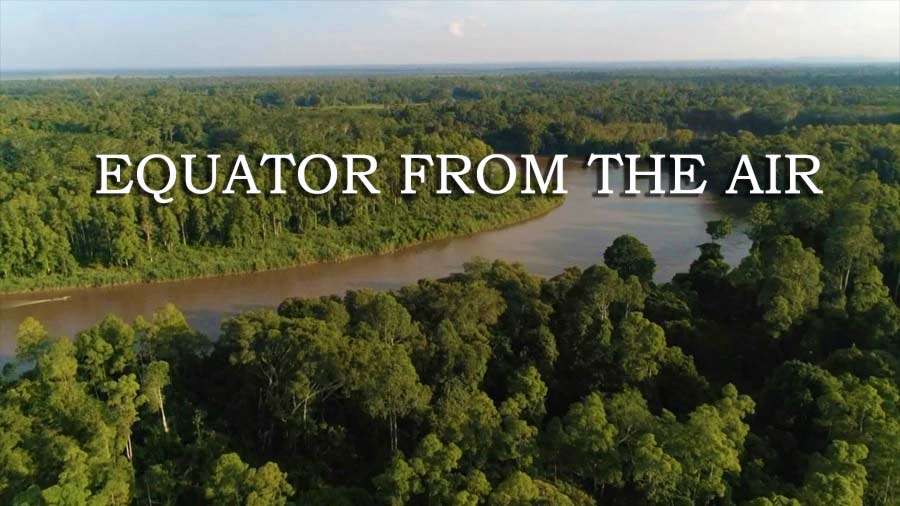 Flying over Indonesia’s capital, Jakarta, Gordon discovers this mega-city is sinking. In Sumatra, drones help to manage a dangerous conflict between elephants and farmers. In Borneo, which has lost more than a third of its lush forests, Gordon searches for orangutans at night, and he finds that aerial tech offers hope for endangered Siamese crocodiles.

Sumatra is one of the Sunda Islands of western Indonesia. It is the largest island that is located entirely in Indonesia and the sixth-largest island in the world at 473,481 km2 (not including adjacent islands such as the Riau Islands and Bangka Belitung Islands).

Sumatra is an elongated landmass spanning a diagonal northwest-southeast axis. The Indian Ocean borders the west, northwest, and southwest coasts of Sumatra with the island chain of Simeulue, Nias and Mentawai off the western coast. In the northeast the narrow Strait of Malacca separates the island from the Malay Peninsula, which is an extension of the Eurasian continent.

In the southeast the narrow Sunda Strait, containing the Krakatoa Archipelago, separates Sumatra from Java. The northern tip of Sumatra borders the Andaman Islands, while off the southeastern coast lie the islands of Bangka and Belitung, Karimata Strait and the Java Sea.

The Bukit Barisan mountains, which contain several active volcanoes, form the backbone of the island, while the northeastern area contains large plains and lowlands with swamps, mangrove forest and complex river systems. The equator crosses the island at its center in West Sumatra and Riau provinces. The climate of the island is tropical, hot and humid. Lush tropical rain forest once dominated the landscape.

Sumatra has a wide range of plant and animal species but has lost almost 50% of its tropical rainforest in the last 35 years.