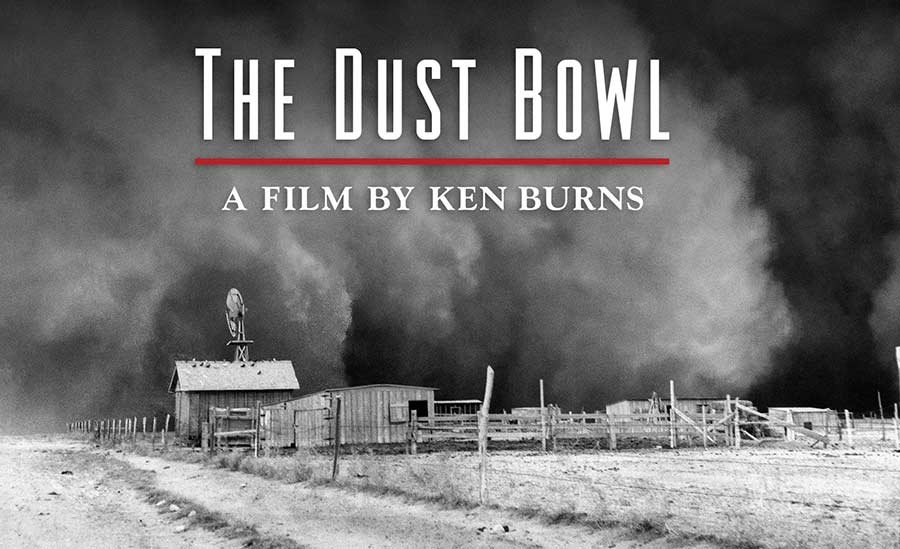 THE DUST BOWL chronicles the worst man-made ecological disaster in American history, when a frenzied wheat boom on the southern Plains, followed by a decade-long drought during the 1930s, nearly swept away the breadbasket of the nation. Menacing black blizzards killed farmers’ crops and livestock, threatened the lives of their children, and forced thousands of desperate families to pick up and move somewhere else.

The Dust Bowl – The Great Plow Up part 1

In the early twentieth century, thousands of homesteaders and “suitcase farmers” converge on the southern Plains, where wet years, rising wheat prices and World War I produce a classic boom. Millions of acres of virgin sod are plowed up. Caroline Henderson stakes her claim in a strip of Oklahoma called No Man’s Land, and for a while prosperity seems certain for her and the families of two dozen survivors who provide eyewitness testimony. Then, in 1931, a decade-long drought begins, exacerbated by the Great Depression. Huge dust storms carry off the exposed topsoil and darken the skies at midday, killing crops and livestock. “Dust pneumonia” breaks out, threatening children’s lives. And just when it seems things could not get any worse, in 1935 the most catastrophic dust storm in history strikes on “Black Sunday.”

Following “Black Sunday,” the crucible of dust, drought and Depression only intensifies. Many people on the southern Plains, including an itinerant songwriter named Woody Guthrie, give up and join a “migration of the defeated” to California. There they are branded as “Okies” and face vicious discrimination. Meanwhile, Caroline Henderson and her neighbors struggle to hang on to their land. Franklin Roosevelt’s administration attempts to help them through New Deal programs aimed at preventing the breadbasket of America from becoming a Sahara. Survivors recount their families’ desperate times, their joy at the rains’ return, and the lessons learned–and sometimes forgotten–from the Dust Bowl.

Vivid interviews with more than two dozen survivors of those hard times, combined with dramatic photographs and seldom seen movie footage, bring to life stories of incredible human suffering and equally incredible human perseverance. The Dust Bowl, a four-hour, two-episode documentary from acclaimed filmmaker Ken Burns, is also a morality tale about our relationship to the land that sustains us–a lesson we ignore at our peril.

THE DUST BOWL chronicles the worst man-made ecological disaster in American history, a disaster that nearly swept away the breadbasket of the nation.