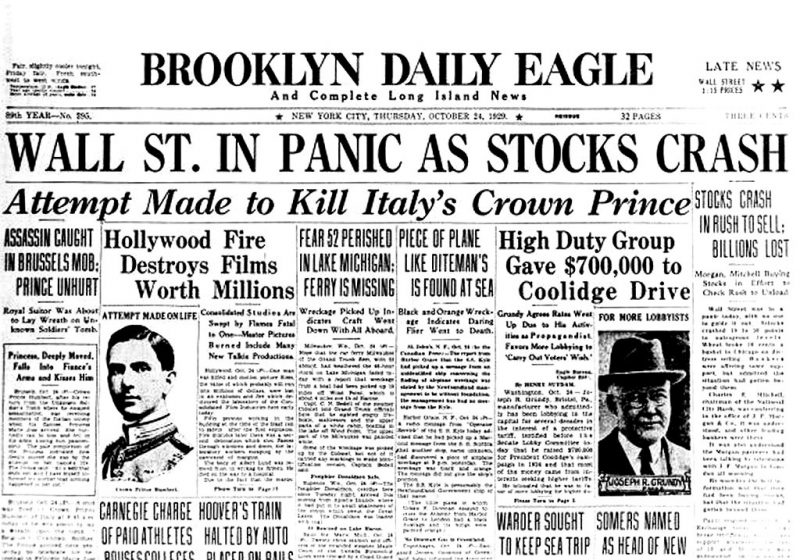 In 1929 years of booming prosperity ended in catastrophe, it was the biggest stock market crash since record began. First time investors borrowed huge amounts of money to speculate with on the market. This lead to the market breaking very sharply, wiping out a lot of people with it, later thousands of banks failed, millions lost everything. The crash was followed by a depression that spread across the world, lasting for a decade and was a prelude to war. This is the story of a financial disaster that we hopped would never happen again.

Director William Karel examines the biggest stock market crash in history, which occurred on the New York Stock Exchange 80 years ago — Black Thursday, October 24, 1929. In this film, a wide range of economists and historians take turns discussing the causes of the crash and its economic and political consequences. These included acute poverty and the rise of the extreme right, both of which were to have a considerable impact on the decade to come. 1929 uses a wealth of black-and-white archive footage to illustrate what the experts have to say.

Mass consumption is on the rise, with the automobile, the washing machine, and the refrigerator symbolizing a new age of wealth. The middle class has also plunged into stock trading, and the economy seems more prosperous than ever. All is well, until that fateful day. “The crisis of 1929 was like the perfect storm, in which all these improbable things came together in the wrong time in the wrong way.”

The Great Depression, looks at the 1930s, focusing particularly on President Franklin D. Roosevelt’s role. 1929 concludes by connecting these past events to the current financial crisis.

In 1929 years of booming prosperity ended in catastrophe, it was the biggest stock market crash since record began.

A History of Ancient Britain part 4