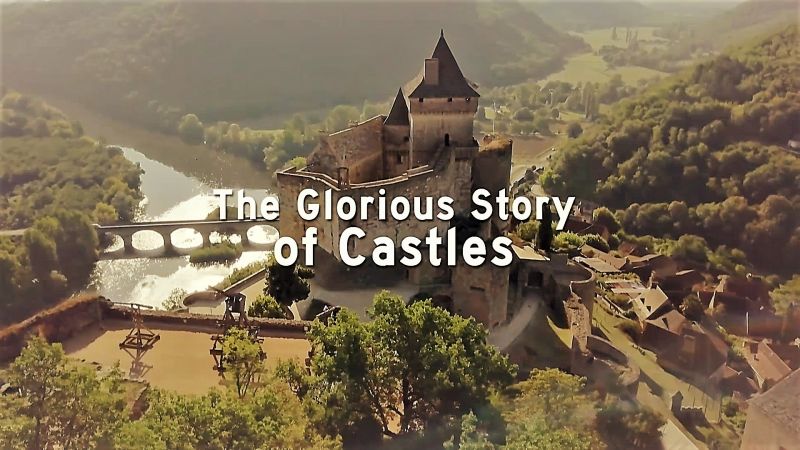 The Glorious Story of Castles

The Glorious Story of Castles: carriers of myths and legends, castles strongly mark our imaginations, appearing most often as the pivot of a dark and barbaric period. Reality is different. They are full of mystery and grandeur, emblematic abstractions of the Middle Ages, they testify to medieval civilization.

The Glorious Story of Castles

A castle is a type of fortified structure built during the Middle Ages predominantly by the nobility or royalty and by military orders. Scholars debate the scope of the word castle, but usually consider it to be the private fortified residence of a lord or noble. This is distinct from a palace, which is not fortified; from a fortress, which was not always a residence for royalty or nobility; and from a fortified settlement, which was a public defence – though there are many similarities among these types of construction. Usage of the term has varied over time and has been applied to structures as diverse as hill forts and country houses. Over the approximately 900 years that castles were built, they took on a great many forms with many different features, although some, such as curtain walls, arrowslits, and portcullises, were commonplace.

European-style castles originated in the 9th and 10th centuries, after the fall of the Carolingian Empire resulted in its territory being divided among individual lords and princes. These nobles built castles to control the area immediately surrounding them and the castles were both offensive and defensive structures; they provided a base from which raids could be launched as well as offered protection from enemies. Although their military origins are often emphasised in castle studies, the structures also served as centres of administration and symbols of power. Urban castles were used to control the local populace and important travel routes, and rural castles were often situated near features that were integral to life in the community, such as mills, fertile land, or a water source.

The Glorious Story of Castles: carriers of myths and legends, castles strongly mark our imaginations, appearing most often as the pivot of a dark and barbaric period.