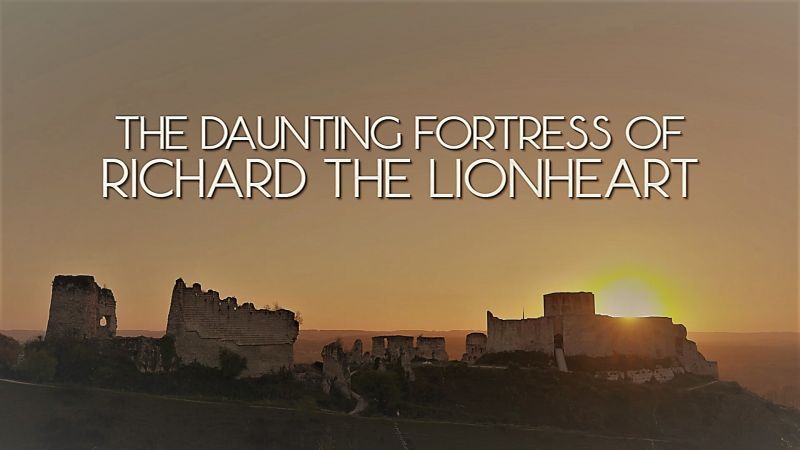 Four years later, France’s King Philip besieged the site at the head of an army of 6,000 men.

Château Gaillard is a ruined medieval castle, located 90 metres above the commune of Les Andelys overlooking the River Seine, in the Eure département of Normandy, France. It is located some 95 kilometres north-west of Paris and 40 kilometres from Rouen. Construction began in 1196 under the auspices of Richard the Lionheart, who was simultaneously King of England and feudal Duke of Normandy. The castle was expensive to build, but the majority of the work was done in an unusually short period of time.

It took just two years and, at the same time, the town of Petit Andely was constructed. Château Gaillard has a complex and advanced design, and uses early principles of concentric fortification; it was also one of the earliest European castles to use machicolations. The castle consists of three enclosures separated by dry moats, with a keep in the inner enclosure.

Château Gaillard was captured in 1204 by the king of France, Philip II, after a lengthy siege. In the mid-14th century, the castle was the residence of the exiled David II of Scotland. The castle changed hands several times in the Hundred Years’ War, but in 1449 the French king captured Château Gaillard from the English king definitively, and from then on it remained in French ownership. Henry IV of France ordered the demolition of Château Gaillard in 1599; although it was in ruins at the time, it was felt to be a threat to the security of the local population. The castle ruins are listed as a monument historique by the French Ministry of Culture. The inner bailey is open to the public from March to November, and the outer baileys are open all year.

Title
The Daunting Fortress of Richard the Lionheart
Description

To protect his rich and strategic lands in France, the English king, Richard the Lionheart, decided to build an impregnable castle