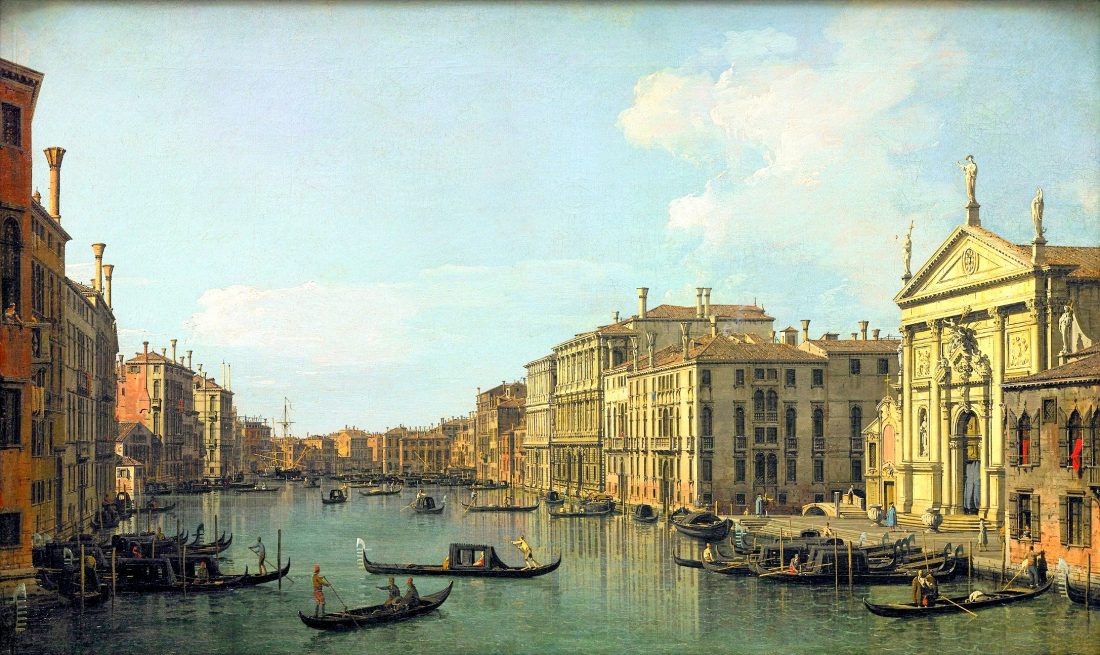 Great Art is introduced by curator and broadcaster Tim Marlow, Artistic Director of The Royal Academy of Arts, and features a host of eminent art experts, providing the perfect guides to history’s artistic greats. The series is adapted (edited) from full-length films originally released in cinemas under Exhibition on Screen and broadcast on Sky Arts.

Canaletto and the Art of Venice

We start with an immersive journey into the life and art of Venice’s famous view-painter Canaletto. The film also offers the chance to step inside two official royal residences – Buckingham Palace and Windsor Castle – to learn more about the artist and Joseph Smith, the man who introduced Canaletto to Britain. The programme visits some of the sites immortalised in Canaletto’s views, from the Rialto Bridge to the Piazza San Marco, and the Palazzo Ducale to the Church of Santi Giovanni e Paolo. Featuring contributions from Royal Collection curators and the world’s leading experts in Venetian history.

Giovanni Antonio Canal (18 October 1697 – 19 April 1768), better known as Canaletto, was an Italian painter of city views or vedute, of Venice, Rome, and London. He also painted imaginary views (referred to as capricci), although the demarcation in his works between the real and the imaginary is never quite clearcut. He was further an important printmaker using the etching technique. In the period from 1746 to 1756 he worked in England where he painted many sights of London. He was highly successful in England, thanks to the British merchant and connoisseur Joseph Smith, whose large collection of Canaletto’s works was sold to King George III in 1762.

Canaletto was a son of the painter Bernardo Canal, hence his mononym Canaletto (“little Canal”). His nephew and pupil Bernardo Bellotto was also an accomplished landscape painter, with a similar painting style, and sometimes used the name “Canaletto” to advance his own career, particularly in countries—Germany and Poland—where his uncle was not active.

Canaletto was born in Venice on October 28, 1697, to Bernardo Canal and Artemisia Barbieri, and served his apprenticeship with his father and his brother. He began in his father’s occupation, that of a theatrical scene painter. Canaletto was inspired by the Roman vedutista Giovanni Paolo Pannini, and started painting the daily life of the city and its people.

After returning from Rome in 1719, he began painting in his famous topographical style. His first known signed and dated work is Architectural Capriccio (1723, Milan, in a private collection). Studying with the older Luca Carlevaris, a moderately-talented painter of urban cityscapes, he rapidly became his master’s equal.

In 1725, the painter Alessandro Marchesini, who was also the buyer for the Lucchese art collector Stefano Conti had inquired about buying two more views of Venice, when the agent informed him to consider instead the work of “Antonio Canale… it is like Carlevaris, but you can see the sun shining in it.”

Much of Canaletto’s early artwork was painted ‘from nature’, differing from the then customary practice of completing paintings in the studio. Some of his later works do revert to this custom, as suggested by the tendency of distant figures to be painted as blobs of colour – an effect produced by using a camera obscura, which blurs farther-away objects. However, his paintings are always notable for their accuracy: he recorded the seasonal submerging of Venice in water and ice. 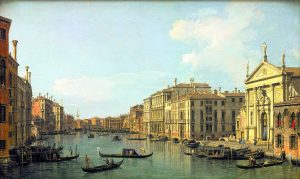 Title
Great Art : Canaletto and the Art of Venice
Description

Great Art : Canaletto and the Art of Venice - We start with an immersive journey into the life and art of Venice's famous view-painter Canaletto.