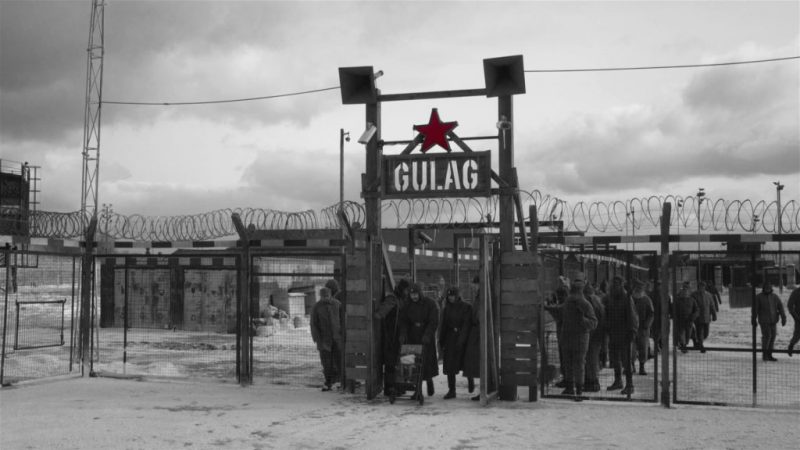 Documentary examining Stalin’s Gulag. Between the October Revolution and Stalin’s death in 1953, millions of people died in the camps. The film explores the Gulag legacy, hearing from victims and perpetrators of the system.

The Gulag was the government agency in charge of the Soviet forced labor camp system that was created under Vladimir Lenin and reached its peak during Joseph Stalin’s rule from the 1930s to the 1950s. The term is also commonly used in English language to refer to any forced-labor camp in the Soviet Union, including camps that existed in post-Stalin times.

The camps housed a wide range of convicts, from petty criminals to political prisoners. Large numbers were convicted by simplified procedures, such as NKVD troikas and other instruments of extrajudicial punishment. The Gulag is recognized as a major instrument of political repression in the Soviet Union.

The agency’s full name was the Main Administration of Corrective Labor Camps and Settlements (Glavnoye upravleniye ispravityelno-trudovykh lagerey i koloniy). It was administered first by the State Political Administration (GPU), later by the NKVD and in the final years by the Ministry of Internal Affairs (MVD). The Solovki prison camp, the first corrective labor camp constructed after the revolution, was established in 1918 and legalized by a decree “On the creation of the forced-labor camps” on April 15, 1919.

The internment system grew rapidly, reaching a population of 100,000 in the 1920s. According to Nicolas Werth, author of The Black Book of Communism, the yearly mortality rate in the Soviet concentration camps strongly varied reaching 5% (1933) and 20% (1942–1943) while dropping considerably in the post-war years at about 1–3% per year at the beginning of the 1950s.

Aleksandr Solzhenitsyn, winner of the Nobel Prize in Literature, who survived eight years of Gulag incarceration, gave the term its international repute with the publication of The Gulag Archipelago in 1973. The author likened the scattered camps to “a chain of islands” and as an eyewitness he described the Gulag as a system where people were worked to death. Some scholars support this view, though this claim is controversial, given that the vast majority of people who entered the Gulag came out alive, with the exception of the war years.

Documentary examining Stalin’s Gulag, between the October Revolution and Stalin’s death in 1953, millions of people died in the camps.

The Pacific War in Color episode 6