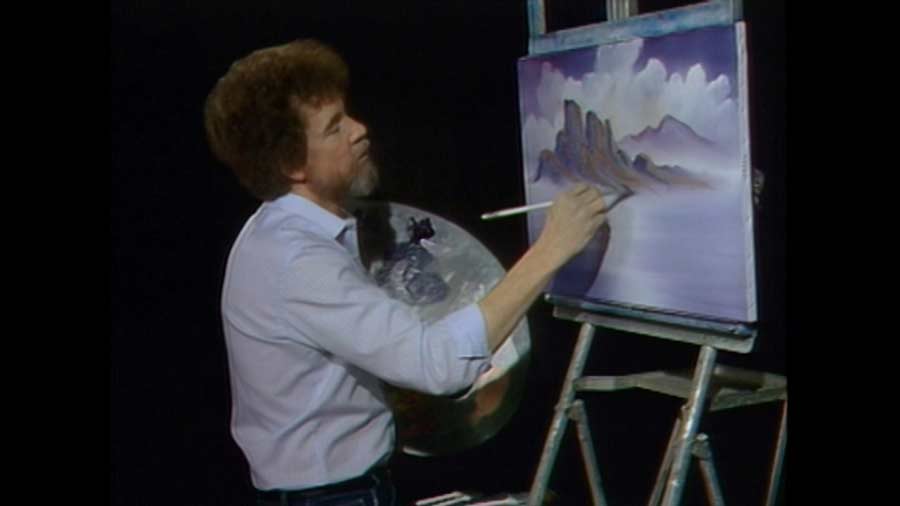 In this series, Ross demonstrates his unique painting technique, which eliminates the need for each layer of paint to dry. In real time, he creates tranquil scenes taken from nature, including his trademark ‘happy’ clouds, cascading waterfalls, snow-covered forests, serene lakes and distant mountain summits.

Many of Bob’s faithful viewers are not painters at all. They are relaxing and unwinding with Bob’s gentle manner and encouraging words, captivated by the magic taking place on the canvas.

He first went to Florida and studied painting under Alexander, then joined the “Alexander Magic Art Supplies Company” and became a traveling salesman and tutor. Annette Kowalski, who had attended one of his sessions, became convinced that there was a great opportunity for Ross to succeed on his own, and persuaded him to do so. She invested her life savings in the company, as did Ross and his wife.