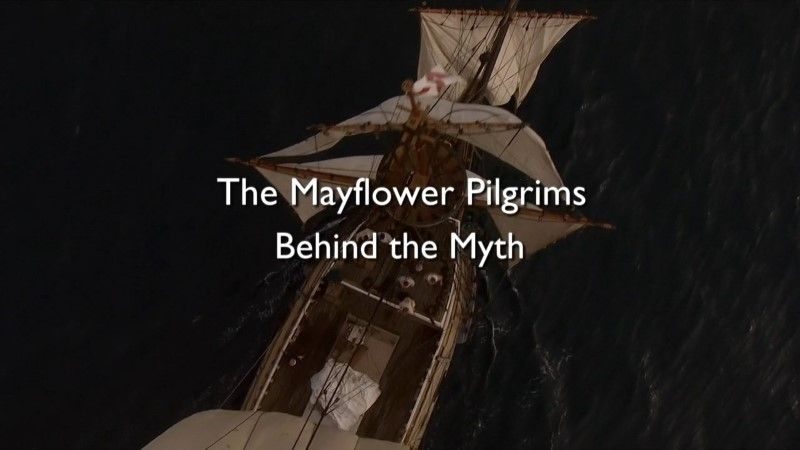 The Mayflower Pilgrims: Behind the Myth

The voyage of the Mayflower in 1620 has come to define the founding moment of America, celebrated each year at Thanksgiving. A lavish new drama documentary by Ric Burns, based on governor William Bradford’s extraordinary eye-witness account, the Mayflower Pilgrims reveals the grim truth behind their voyage across the Atlantic.

The Pilgrims story has come to define the founding moment of America and all it stands for. Celebrated each year at Thanksgiving, it is remembered as a pious crusade aimed at founding a Puritan paradise. However their journey from a harsh, often violent part of England to a colony assured of survival less than ten years later is also one of wealth, cruelty, and entrepreneurial genius.

The Mayflower was an English ship that famously transported the first English Puritans, known today as the Pilgrims, from Plymouth, England to the New World in 1620. There were 102 passengers, and the crew is estimated to have been about 30, but the exact number is unknown. This voyage has become a cultural icon in the history of the United States, with its story of death and survival in the harsh New England winter environment. The culmination of the voyage was the signing of the Mayflower Compact, an event which established a rudimentary form of democracy, with each member contributing to the welfare of the community. There was a second ship named Mayflower that made the London to Plymouth, Massachusetts voyage several times.

The Pilgrim ship Mayflower was a square rig with a beakhead bow and high, castle-like structures fore and aft that served to protect the ship’s crew and the main deck from the elements—designs that were typical with English merchant ships of the early 17th century. Her stern carried a 30-foot high, square aft-castle which made the ship extremely difficult to sail against the wind and unable to sail well against the North Atlantic’s prevailing westerlies, especially in the fall and winter of 1620, and the voyage from England to America took more than two months as a result. The Mayflower’s return trip to London in April–May 1621 took less than half that time, with the same strong winds now blowing in the direction of the voyage.

Title
The Mayflower Pilgrims: Behind the Myth
Description

The voyage of the Mayflower in 1620 has come to define the founding moment of America, celebrated each year at Thanksgiving.