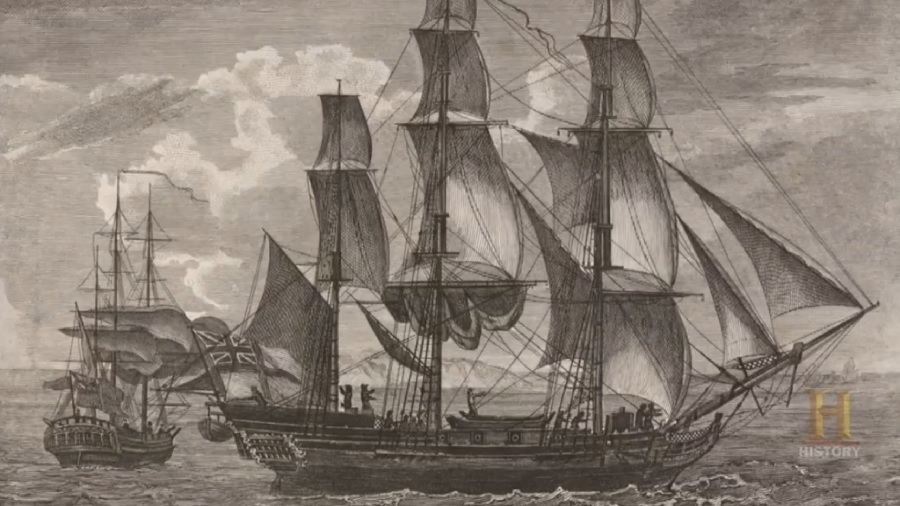 This episode deals with Cook’s second voyage aboard the Resolution in search of the Great Southern Continent. He circumnavigates the Antarctic, without ever sighting land – an extraordinary achievement in a flimsy ship at such latitudes. During this feat he begins the painstaking process of filling in vast unknown areas on the Pacific map.

Sam visits New Zealand, Tonga, Vanuatu, and Norfolk Island before completing one of Cook’s unfinished ambitions by touching down on Antarctica. For Sam this episode, in a much more intimate way, mirrors what many consider Cook’s greatest achievement, the breadth and extent of the second voyage. In Sam’s case, Antarctica is a first as is reaching the crater of a very active volcano, Mt Yasur. And significantly visiting Norfolk Island where standing in the ruins of its penal settlement Sam acknowledges an intersection of Pacific and Cook history with his own family in a startling revelation.

Title
The Pacific In The Wake of Captain Cook with Sam Neill ep. 4
Description

This episode deals with Cook’s second voyage aboard the Resolution in search of the Great Southern Continent.