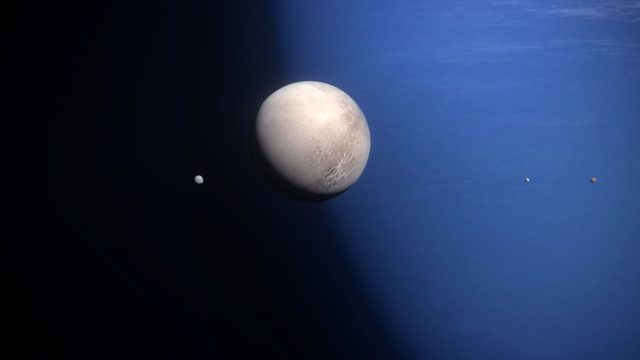 The Planets episode 5 - Into the Darkness

The Planets episode 5: in the final episode, Professor Brian Cox journeys to the remotest part of the solar system, a place that the most mysterious planets call home. These worlds remain shadowy for a simple reason. Beyond Saturn we have only ever visited the most distant planets once.

Uranus – barely visible to the naked eye – was once thought to be the furthest planet from the Sun. But with the telescope and some careful viewing we discovered it had a companion: Neptune. Thanks to a rare alignment of the planets in 1976, Voyager 2 was sent for our only flyby of these ice worlds. There we discovered far more vibrant planets than we ever imagined. Even at such cold temperatures, great storms whip around these frozen worlds that are home to spectacular moons. After a few hours of observation at each planet, Voyager 2 left them behind. We have never returned.

The Planets episode 5 – Into the Darkness: Ice Worlds

For decades that was as far as we got. In 2015 when Nasa’s New Horizons probe pushed the frontier even further into space with its extraordinary passage to the dwarf planet Pluto. Once again all our assumptions about this distant world were wrong. Pluto is alive with ice volcanoes, dunes, and geysers – even a subsurface ocean. What’s more, we discovered that Pluto isn’t alone out there – there is a plethora of weird icy companions, which are redefining everything we thought we knew about the strange, distant reaches of our solar system.

Uranus is the seventh planet from the Sun. It has the third-largest planetary radius and fourth-largest planetary mass in the Solar System. Uranus is similar in composition to Neptune, and both have bulk chemical compositions which differ from that of the larger gas giants. For this reason, scientists often classify Uranus and Neptune as “ice giants” to distinguish them from the gas giants.

Title
The Planets episode 5 - Into the Darkness: Ice Worlds
Description

The Planets episode 5: in the final episode, Professor Brian Cox journeys to the remotest part of the solar system, a place that the most mysterious planets call home.