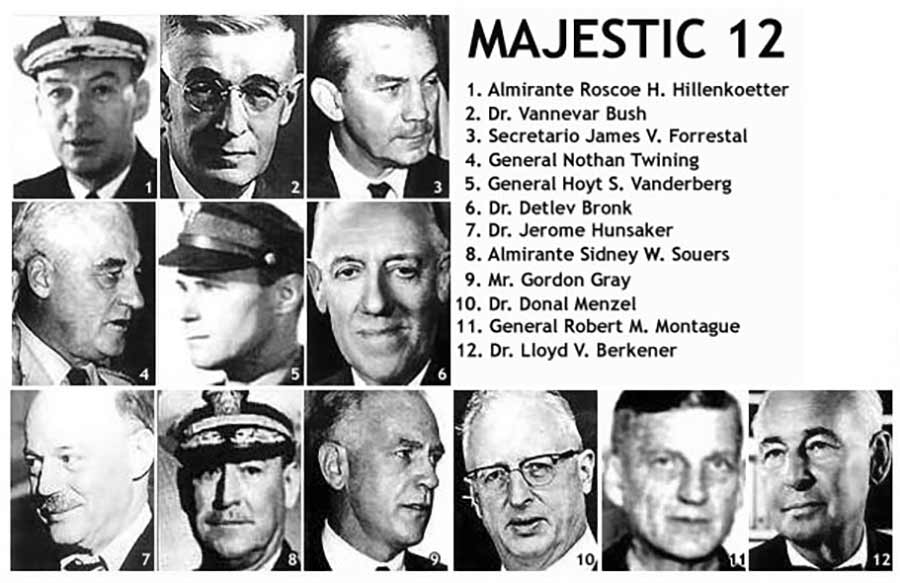 Unsealed: Alien Files – Majestic 12 episode 23: A powerful top-secret organization is said to control all UFO information and to keep even the highest levels of government in the dark.

Mass UFO sightings, personal abductions, government cover-ups, and alien news from around the world are some of the topics covered by the show’s panel of specialists, who include journalists, researchers, and radio and TV hosts. After watching an episode of `Unsealed: Alien Files‘, you may begin to believe that `we are not alone’.

The concept of “Majestic 12” emerged during a period in the 1980s when ufologists believed there had been a cover-up of the Roswell UFO incident and speculated some secretive upper tier of the United States government was responsible. Their suppositions appeared to be confirmed in 1984 when ufologist Jaime Shandera received an envelope containing film which, when developed, showed images of eight pages of documents that appeared to be briefing papers describing “Operation Majestic 12”. The documents purported to reveal a secret committee of 12, supposedly authorized by United States President Harry S. Truman in 1952, and explain how the crash of an alien spacecraft at Roswell in July of 1947 had been concealed, how the recovered alien technology could be exploited, and how the United States should engage with extraterrestrial life in the future.

Shandera and his ufologist colleagues Stanton T. Friedman and Bill Moore say they later received a series of anonymous messages that led them to find what has been called the “Cutler/Twining memo” in 1985 while searching declassified files in the National Archives. Purporting to be written by President Eisenhower’s assistant Robert Cutler to General Nathan F. Twining and containing a reference to Majestic 12, the memo is widely held to be a forgery, likely planted as part of a hoax. Historian Robert Goldberg wrote that the ufologists came to believe the story despite the documents being “obviously planted to bolster the legitimacy of the briefing papers”.

Claiming to be connected to the United States Air Force Office of Special Investigations, a man named Richard Doty told filmmaker Linda Moulton Howe that the MJ-12 story was true, and showed Howe unspecified documents purporting to prove the existence of small, grey humanoid aliens originating from the Zeta Reticuli star system. Doty reportedly promised to supply Howe with film footage of UFOs and an interview with an alien being, although no footage ever materialized.

Soon, distrust and suspicion led to disagreements within the ufology community over the authenticity of the MJ-12 documents, and Moore was accused of taking part in an elaborate hoax, while other ufologists and debunkers such as Philip J. Klass were accused of being “disinformation agents”.