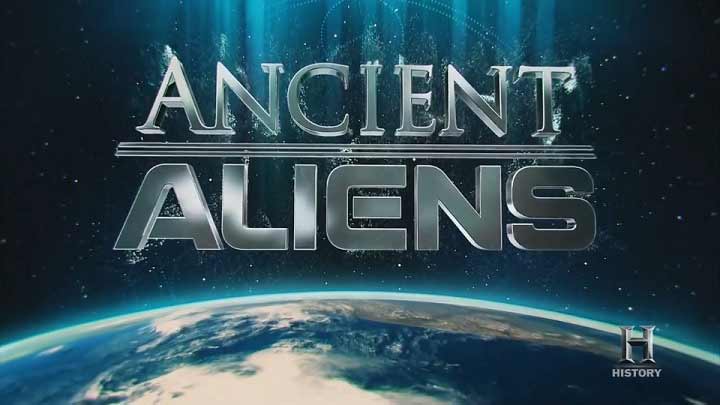 Ancient Aliens – The Majestic Twelve: In 1984, a roll of 35mm film surfaced from an anonymous source that contained pictures of what is now known as the Eisenhower Briefing Document. This document is purported to be a memo sent from the director of the CIA in 1952 to president-elect Dwight Eisenhower, informing him of the existence of a top-secret group within the US government called “The Majestic Twelve.”

Composed of top scientists, government officials, and military elite, this group’s mission was to investigate reports of unidentified flying objects, and to examine crashed extraterrestrial craft. And more recently, in 2002, a major computer hack into Pentagon and NASA computers appears to reveal hard evidence that not only are the Majestic Twelve documents real, but that the government’s interaction with extraterrestrials has led to the creation of a secret space program, that has already established bases on the moon, Mars, and other celestial bodies.

Majestic 12 (or MJ-12) is a purported organization that appears in UFO conspiracy theories. The organization is claimed to be the code name of an alleged secret committee of scientists, military leaders, and government officials, formed in 1947 by an executive order by U.S. President Harry S. Truman to facilitate recovery and investigation of alien spacecraft.

The concept originated in a series of supposedly leaked secret government documents first circulated by ufologists in 1984. Upon examination, the Federal Bureau of Investigation (FBI) declared the documents to be “completely bogus”, and many ufologists consider them to be an elaborate hoax. Majestic 12 remains popular among some UFO conspiracy theorists and the concept has appeared in popular culture including television, film and literature.

History of  The Majestic Twelve

The concept of “Majestic 12” emerged during a period in the 1980s when ufologists believed there had been a cover-up of the Roswell UFO incident and speculated some secretive upper tier of the United States government was responsible. Their suppositions appeared to be confirmed in 1984 when ufologist Jaime Shandera received an envelope containing film which, when developed, showed images of eight pages of documents that appeared to be briefing papers describing “Operation Majestic 12”.

The documents purported to reveal a secret committee of 12, supposedly authorized by United States President Harry S. Truman in 1952, and explain how the crash of an alien spacecraft at Roswell in July of 1947 had been concealed, how the recovered alien technology could be exploited, and how the United States should engage with extraterrestrial life in the future.

Shandera and his ufologist colleagues Stanton T. Friedman and Bill Moore say they later received a series of anonymous messages that led them to find what has been called the “Cutler/Twining memo” in 1985 while searching declassified files in the National Archives. Purporting to be written by President Eisenhower’s assistant Robert Cutler to General Nathan F. Twining and containing a reference to Majestic 12, the memo is widely held to be a forgery, likely planted as part of a hoax. Historian Robert Goldberg wrote that the ufologists came to believe the story despite the documents being “obviously planted to bolster the legitimacy of the briefing papers”.

Klass’s investigation of the MJ-12 documents found that Robert Cutler was actually out of the country on the date he supposedly wrote the “Cutler/Twining memo”, and that the Truman signature was “a pasted-on photocopy of a genuine signature —including accidental scratch marks — from a memo that Truman wrote to Vannevar Bush on October 1, 1947”. Klass dismissed theories that the documents were part of a disinformation campaign as “ridiculous”, saying they contained numerous flaws that could never fool Soviet or Chinese intelligence.

Other discrepancies noted by Klass included the use of a distinctive date format that matched one used in Moore’s personal letters, and a conversation reported by Brad Sparks in which Moore confided that he was contemplating creating and releasing some hoax Top Secret documents in hopes that such bogus documents would encourage former military and intelligence officials who knew about the government’s (alleged) UFO coverup to break their oaths of secrecy.

Ancient Aliens - The Majestic Twelve: A film surfaced from an anonymous source that contained pictures of the Eisenhower Briefing Document.