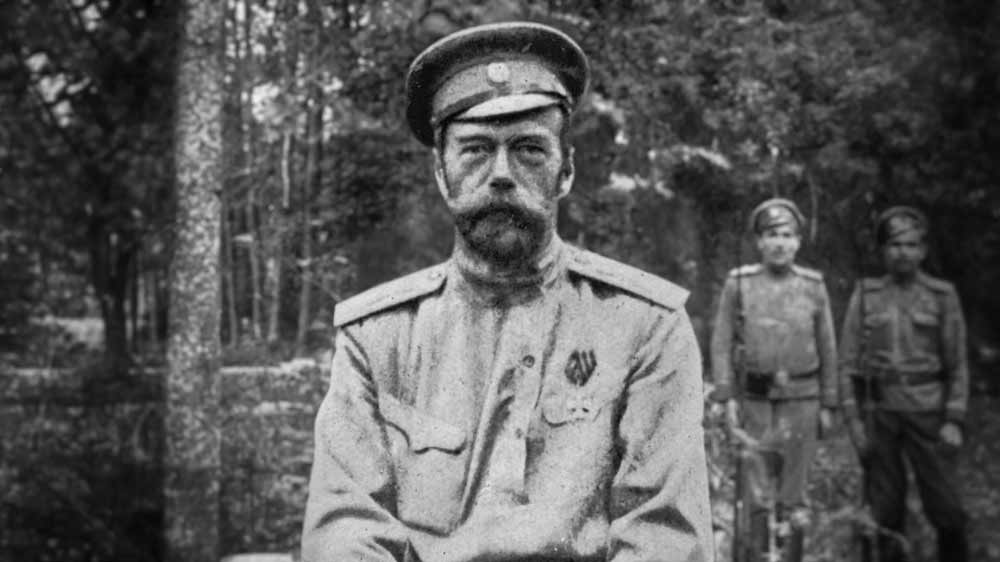 Empire of the Tsars – Romanov Russia episode 3 – The Road to Revolution: Lucy Worsley concludes her history of the Romanov dynasty, investigating how the family’s grip on Russia unravelled in their final century. She shows how the years 1825-1918 were bloody and traumatic, a period when four tsars tried – and failed – to deal with the growing pressure for constitutional reform and revolution.

Lucy finds out how the Romanovs tried to change the system themselves – in 1861, millions of enslaved serfs were freed by the Tsar-Liberator, Alexander II. But Alexander paid the ultimate penalty for opening the Pandora’s box of reform when he was later blown up by terrorists on the streets of St Petersburg.

Elsewhere, there was repression, denial, war and – in the case of the last tsar, Nicholas II – a fatalistic belief in the power of God, with Nicholas’s faith in the notorious holy man Rasputin being a major part in his undoing. Lucy also details the chilling murder of Nicholas and his family in 1918, and asks whether all of this horror have been avoided.

Lucy also shows how there was a growing movement among the people of Russia to determine their own fate. She traces the growth of the intelligentsia, writers and thinkers who sought to have a voice about Russia. Speaking out came with a risk – after Ivan Turgenev wrote about the appalling life of the serfs in 1852, he was sentenced to house arrest by tsar Nicholas I. Lucy also shows how anger against the Romanov regime created a later generation of radicals committed to overturning the status quo. Some would turn to terrorism and, finally, revolution.

As well as political upheaval there is private drama, and Lucy explains how Nicholas II’s family life played into his family’s downfall. His son and heir Alexei suffered from haemophilia – the secrecy the family placed around the condition led them into seclusion, further distancing them from the Russian people. It also led them to the influence of man who seemed to have the power to heal their son, and who was seen as a malign influence on Nicholas – Rasputin.

House of Romanov – Empire of the Tsars – The Road to Revolution

The House of Romanov was the reigning imperial house of Russia from 1613 to 1917. The Romanovs achieved prominence as boyars of the Grand Duchy of Moscow and later of the Tsardom of Russia under the reigning Rurik dynasty, which became extinct upon the death of Tsar Feodor I in 1598. The Time of Troubles, caused by the resulting succession crisis, saw several pretenders and imposters (False Dmitris) fight for the crown during the Polish–Muscovite War of 1605-1618. On 21 February 1613, a Zemsky Sobor elected Michael Romanov as Tsar of Russia, establishing the Romanovs as Russia’s second reigning dynasty. Michael’s grandson Peter I, who established the Russian Empire in 1721, transformed the country into a great power through a series of wars and reforms.

The direct male line of the Romanovs ended when Empress Elizabeth of Russia died in 1762, thus the House of Holstein-Gottorp (a cadet branch of the German House of Oldenburg that reigned in Denmark) ascended to the throne in the person of Peter III. Officially known as members of the House of Romanov, descendants after Elizabeth are sometimes referred to as “Holstein-Gottorp-Romanov”. The abdication of Emperor Nicholas II on 15 March 1917 as a result of the February Revolution ended 304 years of Romanov rule and led to the establishing of the Russian Republic under the Russian Provisional Government in the lead-up to the Russian Civil War of 1917-1922. In 1918 Bolshevik officials executed the ex-Emperor and his family. Of the House of Romanov’s 65 members, 47 survivors went into exile abroad.

Russia is a transcontinental country spanning Eastern Europe and Northern Asia. It extends from the Baltic Sea in the west to the Pacific Ocean in the east, and from the Arctic Ocean in the north to the Black and Caspian seas in the south. Russia covers over 17,125,191 square kilometres (6,612,073 sq mi), stretching more than one-eighth of the Earth’s inhabited land area, with eleven time zones, and borders with 16 sovereign nations. Moscow is the country’s capital and largest city; and Saint Petersburg is the second-largest city.

Russia is the largest country in the world, the ninth-most populous country, as well as the most populous country in Europe. The country is one of the world’s most sparsely populated and urbanised. About half of the country’s total area is forested, concentrating around four-fifths of its total population of over 146.8 million on its smaller and dense western portion, as opposed to its larger and sparse eastern portion. Russia is administratively divided into 85 federal subjects. The Moscow Metropolitan Area is the largest metropolitan area in Europe, and among the largest in the world, with more than 20 million residents.

Grigori Yefimovich Rasputin was a Russian mystic and self-proclaimed holy man who befriended the family of Nicholas II, the last emperor of Russia, and gained considerable influence in late imperial Russia.

Rasputin was born to a peasant family in the Siberian village of Pokrovskoye in the Tyumensky Uyezd of Tobolsk Governorate (now Yarkovsky District of Tyumen Oblast). He had a religious conversion experience after taking a pilgrimage to a monastery in 1897. He has been described as a monk or as a “strannik” (wanderer or pilgrim), though he held no official position in the Russian Orthodox Church. He traveled to St. Petersburg in 1903 or the winter of 1904–1905, where he captivated some church and social leaders. He became a society figure and met Emperor Nicholas and Empress Alexandra in November 1905.

In late 1906, Rasputin began acting as a healer for the imperial couple’s only son, Alexei, who suffered from hemophilia. He was a divisive figure at court, seen by some Russians as a mystic, visionary, and prophet, and by others as a religious charlatan. The high point of Rasputin’s power was in 1915 when Nicholas II left St. Petersburg to oversee Russian armies fighting World War I, increasing both Alexandra and Rasputin’s influence. Russian defeats mounted during the war, however, and both Rasputin and Alexandra became increasingly unpopular. In the early morning of 30 December 1916, Rasputin was assassinated by a group of conservative noblemen who opposed his influence over Alexandra and Nicholas.