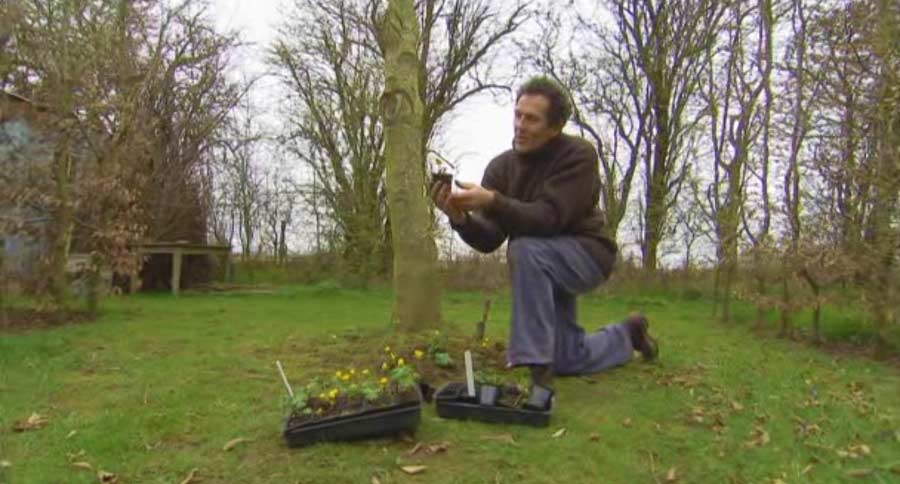 Gardeners’ World episode 4 2013: We have a long Easter weekend ahead to get to grips with timely gardening tasks and Monty Don has plenty of ideas of what to do now. Amongst other jobs he’ll be cutting back his grass borders while Joe Swift reveals his top tips for creating a naturalistic garden.

Carol Klein makes her way down to Cornwall in search of a garden full of beautiful spring colour. And if you’re heading off to the garden centre this weekend, there’s all you need to know about bedding plants from the ‘living catalogue’ of new and existing varieties at Ball Colegrave in Banbury, Oxfordshire.

Ornamental grasses help to add texture and movement to a garden in a way no other plant can. And when combined with herbaceous perennials, they create a lovely relaxed feel. Unlike a traditional mixed border, tall, see-through plants can be planted at the front – this is where grasses like Stipa gigantea really come into their own. For winter interest, it also helps to include specimens with attractive seed heads.

Gardening in the shade is often seen as a challenge by some, especially under deciduous trees where light and moisture are in short supply over the summer. But Wendy Perry, the plantswoman Carol went to see, regards it as an opportunity to grow some fabulous plants. The trick is to select plants that will thrive in this situation and, over the years, Wendy has learnt what works and what doesn’t.

To help improve moisture retention and keep weeds at bay, Wendy recommends mulching with well-rotted compost or leafmould. To be effective this needs to be at least 5cm (2in) thick and is best applied in late autumn or winter, when the plants are dormant.

If you grow dogwood for its wonderful coloured stems, now is the time to give it a good prune. By cutting it back hard, you’ll stimulate lots of new growth which, in turn, will guarantee you a good display next winter. You can either cut the whole lot right back or remove half now and the rest in a year’s time. And instead of throwing all the prunings away, stick a few in the ground. They take fairly easily from cuttings, so there’s a good chance you’ll to get some new plants for free.

Flowering Cornus (dogwood) trees are grown for their showy coloured bracts in late spring and early summer. Shrubby Cornus alba, C. sericea and C. sanguinea are grown for their vivid winter stem colour, while shrubby C.mas (the cornelian cherry) is grown for its winter flowers and summer fruits. This varied group of plants give great garden value.

Water thoroughly in dry spells, especially during the first two to five years after planting, during the establishment phase of growth. Top dress with a balanced granular or powdered fertiliser, such as Growmore or fish, blood and bone, in late winter to early spring, at a rate of 70g per sq m (2oz per sq yd). Supplement with a high potassium feed such as sulphate of potash in spring or summer if flowering seems poor, at 15g per sq m (½oz per sq yd). Mulch the root area with well-rotted organic matter in spring and/or autumn.

Late March is a good time to sow tomatoes, regardless of whether you plan to grow them indoors or out. Monty likes to sow his in trays using multi-purpose compost. Sprinkle the seed thinly over the surface and then lightly cover them with more compost. Water and allow to drain before placing them somewhere warm and light. With luck, the seed should germinate within a week or so.

Feeding isn’t essential for soil-grown plants, but those in bags or pots benefit from regular feeding, using tomato feed and following manufacturer’s instructions.

Pot up bedding bought as plugs

Over the next few weeks, garden centres will be selling bedding plants by the million. But many of these are tender and it’s much too early to plant them out. However, plugs are good value for money and if you buy them now and grow them on, you’ll have much bigger plants for your money by the time summer arrives.

Gardeners’ World episode 4 2013: We have a long Easter weekend ahead to get to grips with gardening tasks and Monty has plenty of ideas