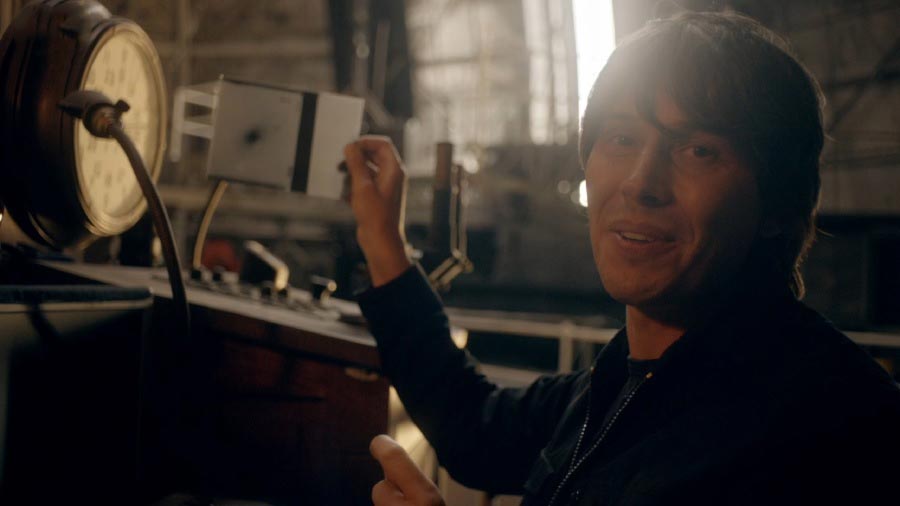 Wonders of Life episode 2 – Expanding Universe – Professor Brian Cox encounters the astonishing creatures that reveal how the senses evolved. Every animal on Earth experiences the world in a different way, using a unique suite of senses to detect its physical environment. Tracing the evolution of these mechanisms is a story that takes us through life’s journey – from single-celled organisms to more complex, sentient beings. Brian finds that over the course of 3.8 billion years, the senses have driven life in new directions and may, ultimately, have led to our own curiosity and intelligence.

Brian begins deep in the caves of Kentucky, where, devoid of light, he must orientate by sense of touch and sound alone. Yet even in this limited environment he encounters a creature that is perfectly able to find its way around. This is the paramecium, a microscopic single-celled organism. Despite their apparent simplicity, paramecia display a clear sense of touch, changing direction whenever they bump into something. Brian finds that the electrochemical process through which they ‘feel’ the world underlies practically all senses in all living things.

Brian next explores the sense of taste in the muddy waters of the Mississippi Delta. With a metre-long catfish in his arms, Brian explains how its entire body is covered in taste buds. These behave like one giant tongue, allowing the catfish to build up a three-dimensional map of its otherwise murky surroundings. A scuba-dive off the coast of California brings Brian face to face with the strange yet remarkable mantis shrimp. These inhabitants of the ocean floor see the world through eyes made of 10,000 lenses, each with twice as many visual pigments as any other animal on Earth.

But it’s in the eyes of the octopus that Brian finds a link between the ability to process sensory data and the emergence of intelligence. This tantalising discovery may be evidence that humans evolved large brains in order to process the vast amounts of information gathered through our sense of vision. For Brian this raises an extraordinary prospect – that ultimately it was our senses that allowed us to gaze up at the vast expanse of the universe and begin to understand its origins.

Earth: The Power of the Planet episode 4 – Oceans