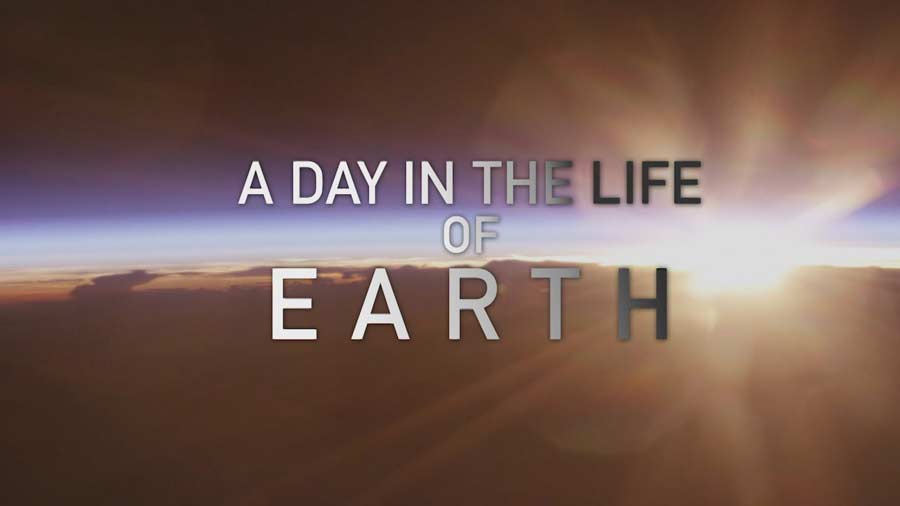 A Day in the Life of Earth: Presenter Hannah Fry reveals how much our planet can change in just a single day and how these daily changes are essential to our existence.

If you think the Earth takes millions of years to change, it’s time to think again! Presented by Hannah Fry, this TV special reveals how much our planet can change in just 24 hours. A new era of science allows us to watch as the Earth moves, breathes, shrinks and grows right under our noses. The story is driven by scientists and explorers, and harnesses cutting-edge data, newly launched satellites and blue chip CGI to show us the true personality of the Earth… more dynamic than it’s ever been seen before.

Every minute new land is born, every hour tonnes of rock arrive from space, before you go to sleep a cloud of dust from the Sahara will have fertilised the Amazon, and while all that was happening, the ground under your feet moved half a metre. As Hannah explains, Earth’s daily changes are all linked in surprising ways, and – more importantly – we would not be able to survive on the planet without them.

We start with the inner earth – the invisible but hugely dynamic system beneath our feet which constantly rebuilds the planet’s surface. On the island of Stromboli, we climb a volcano with geologist Professor Chris Jackson to see how much lava a single volcano can produce on a daily basis and how that lava builds new land.

Chris also reveals what powers the inner earth – radioactive decay beneath of our feet, where heavy elements are constantly decaying into lighter ones – a process that produces the equivalent energy of 27,000 Hiroshima bombs every day. This energy is a crucial driver to plate tectonics and therefore volcanic activity. And the speed with which volcanic activity makes land is crucial – if it didn’t create land faster than erosion destroys it, we would have no land to live on and the world would be one giant ocean.

The story doesn’t stop with new land being made. It’s also constantly being moved. We reveal how the moon not only causes huge movements of water in the ocean – which we know as the tides – but also creates waves of solid rock on land, known as ‘solid earth tides’; a ceaseless shape change which we never notice.

Title
A Day in the Life of Earth
Description

Presenter Hannah Fry reveals how much our planet can change in just a single day and how these daily changes are essential to our existence.