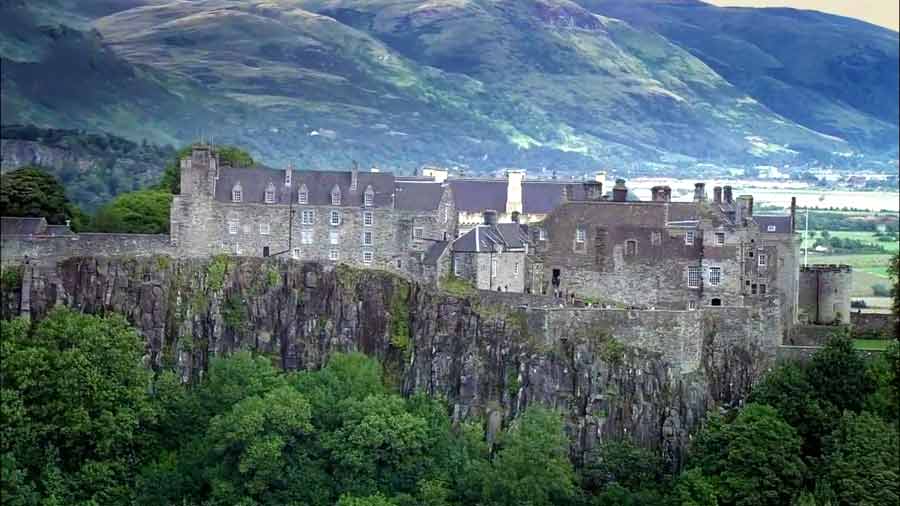 A History of Scotland episode 4 - Language is Power

A History of Scotland episode 4 – Language is Power: Neil Oliver reveals the story of the infamous Highland/Lowland divide, which was the result of a family struggle.

At one time, Gaelic Scotland – the people and the language – was central to the collective identity of Scots. But as Neil Oliver reveals, Scotland’s infamous Highland/Lowland divide was the result of a family struggle that divided the kingdom.

This is the story of how the centralising policies of the Stewart royal family in the 15th century led to the Gaels being perceived as rebels and outsiders.

A History of Scotland episode 4 – Language is Power

The House of Stuart, originally Stewart, was a European royal house of Scotland, with historical connections to Brittany. The family name itself comes from the office of High Steward of Scotland, which had been held by the family scion Walter fitz Alan (c. 1150). The name “Stewart” and variations had become established as a family name by the time of his grandson, Walter Stewart. The first monarch of the Stewart line was Robert II whose descendants were kings and queens of Scotland from 1371 until the union with England in 1707. Mary, Queen of Scots was brought up in France where she adopted the French spelling of the name Stuart.

In 1503, James IV married Margaret Tudor, thus linking the royal houses of Scotland and England. Elizabeth I of England died without issue in 1603, and James IV’s great grandson James VI of Scotland succeeded to the thrones of England and Ireland as James I in the Union of the Crowns. The Stuarts were monarchs of Britain and Ireland and its growing empire until the death of Queen Anne in 1714, except for the period of the Commonwealth between 1649 and 1660.

In total, nine Stewart/Stuart monarchs ruled Scotland alone from 1371 until 1603, the last of which was James VI, before his accession in England. Two Stuart queens ruled the isles following the Glorious Revolution in 1688: Mary II and Anne. Both were the Protestant daughters of James VII and II by his first wife Anne Hyde and the great-grandchildren of James VI and I.

Their father had converted to Catholicism and his new wife gave birth to a son in 1688, who was brought up a Roman Catholic and preceded his half-sisters; so James was deposed by Parliament in 1689, in favour of his daughters. But neither had any children who survived to adulthood, so the crown passed to the House of Hanover on the death of Queen Anne in 1714 under the terms of the Act of Settlement 1701 and the Act of Security 1704.

Title
A History of Scotland episode 4 - Language is Power
Description

A History of Scotland episode 4 - Language is Power: reveals the story of the infamous Highland/Lowland divide, which was the result of a family struggle.