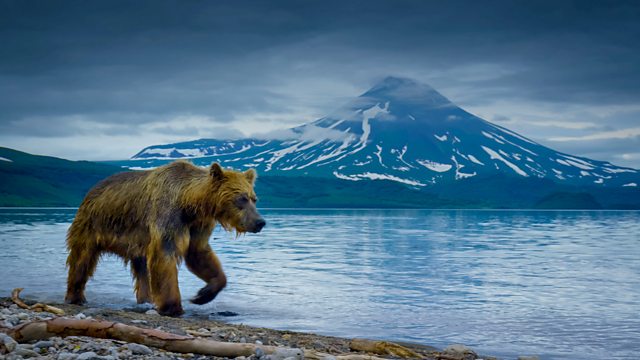 A Perfect Planet episode 1 – Volcano: A look at how without volcanoes, there would be no life on Earth.With David Attenborough. Although destructive, magma from the planet’s molten core builds land, and mineral-rich ash from eruptions fertilises the surface.

Our planet is one in a billion. How incredible, awe-inspiring life is driven by its natural forces – and how we can ensure humans become a force for good.

Kīlauea is an active shield volcano in the Hawaiian Islands. Historically, Kīlauea is the most active of the five volcanoes that together form the Big Island of Hawaiʻi. Located along the southeastern shore of the island, the volcano is between 210,000 and 280,000 years old and emerged above sea level about 100,000 years ago. The volcano’s most recent eruption began on December 20, 2020.

It is the second-youngest product of the Hawaiian hotspot and the current eruptive center of the Hawaiian–Emperor seamount chain. Because it lacks topographic prominence and its activities historically coincided with those of Mauna Loa, Kīlauea was once thought to be a satellite of its much larger neighbor. Structurally, Kīlauea has a large, fairly recently formed caldera at its summit and two active rift zones, one extending 125 km (78 mi) east and the other 35 km (22 mi) west, as an active fault of unknown depth moving vertically an average of 2 to 20 mm (0.1 to 0.8 in) per year.

Kīlauea erupted nearly continuously from 1983 to 2018, causing considerable property damage, including the destruction of the towns of Kalapana and Kaimū along with the renowned black sand beach, in 1990. During the 2018 lower Puna eruption, two dozen lava vents erupted downrift from the summit in Puna. The eruption was accompanied by a strong earthquake on May 4 of Mw 6.9, and nearly 2,000 residents were evacuated from the rural Leilani Estates subdivision and nearby areas.

The Galápagos Islands, part of the Republic of Ecuador, are an archipelago of volcanic islands distributed on either side of the equator in the Pacific Ocean surrounding the centre of the Western Hemisphere. Located 906 km (563 mi) west of continental Ecuador, the islands are known for their large number of endemic species that were studied by Charles Darwin during the second voyage of HMS Beagle. His observations and collections contributed to the inception of Darwin’s theory of evolution by means of natural selection.

The first recorded visit to the islands happened by chance in 1535, when Fray Tomás de Berlanga, the Bishop of Panamá, was surprised with this undiscovered land during a voyage to Peru to arbitrate in a dispute between Francisco Pizarro and Diego de Almagro. De Berlanga eventually returned to the Spanish Empire and described the conditions of the islands and the animals that inhabited them. The group of islands was shown and named “Insulae de los Galopegos” (Islands of the Tortoises) in Abraham Ortelius’s atlas published in 1570. The first crude map of the islands was made in 1684 by the buccaneer Ambrose Cowley, who named the individual islands after some of his fellow pirates or after British royalty and noblemen.

Lake Natron is a salt or soda lake in Arusha Region in Tanzania. It is in the Gregory Rift, which is the eastern branch of the East African Rift. The lake is within the Lake Natron Basin, a Ramsar Site wetland of international significance.

The southern half of Lake Natron (top). Fault scarps and the Gelai Volcano can also be seen. Numerous near-white salt-crust “rafts” pepper the shallowest parts of the lake (inset).
The lake is fed principally by the Southern Ewaso Ng’iro River, which rises in central Kenya, and by mineral-rich hot springs. It is quite shallow, less than three metres (9.8 ft) deep, and varies in width depending on its water level. The lake is a maximum of 57 kilometres (35 mi) long and 22 kilometres (14 mi) wide. The surrounding area receives irregular seasonal rainfall, mainly between December and May totalling 800 millimetres (31 in) per year. Temperatures at the lake are frequently above 40 °C (104 °F).

High levels of evaporation have left behind natron (sodium carbonate decahydrate) and trona (sodium sesquicarbonate dihydrate). The alkalinity of the lake can reach a pH of greater than 12. The surrounding bedrock is composed of alkaline, sodium-dominated trachyte lavas that were laid down during the Pleistocene period. The lavas have significant amounts of carbonate but very low calcium and magnesium levels. This has allowed the lake to concentrate into a caustic alkaline brine.

A Perfect Planet episode 1 - Volcano: A look at how without volcanoes, there would be no life on Earth.With David Attenborough.