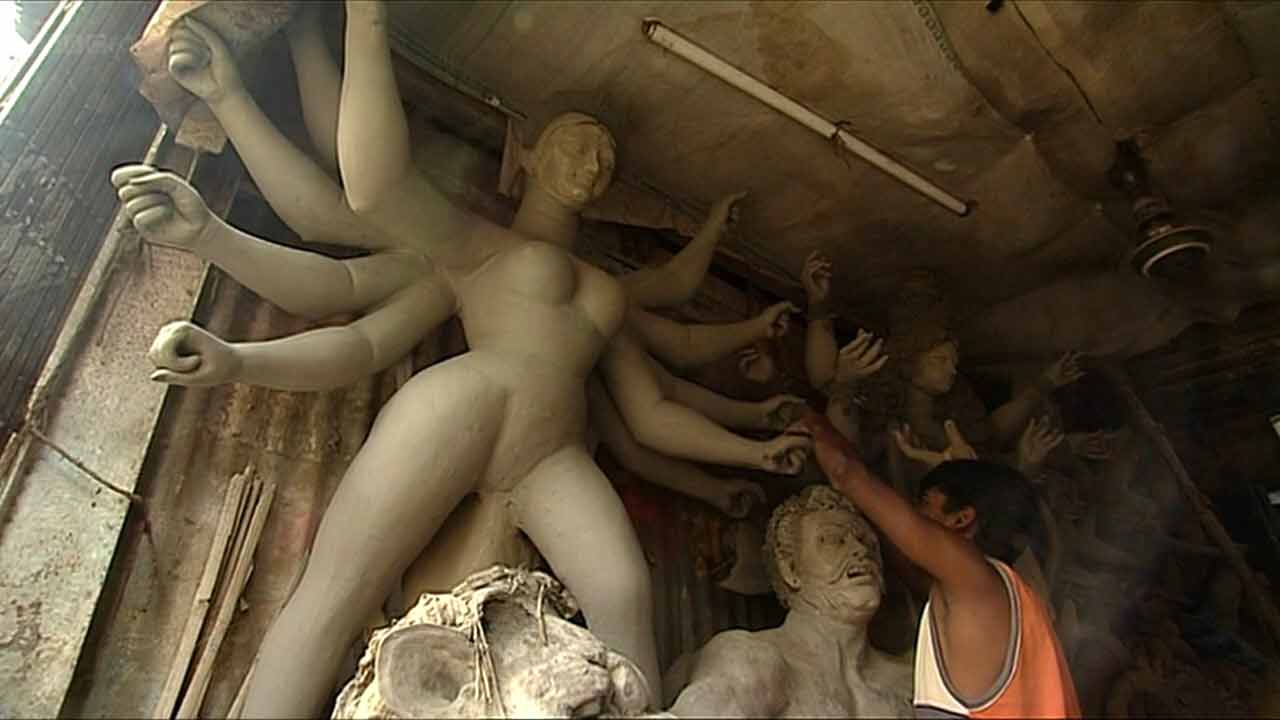 Around the World in 80 Treasures episode 5 – India to Sri Lanka: Documentary series in which Dan Cruickshank travels the world in search of man’s greatest creations. In Calcutta, he tangles with a ten-armed naked goddess and is moved to passion in the Cave of Heavenly Maidens.

Dan’s on a journey of personal enlightenment and finds the key to the cosmos in the city of Jaipur, worships at the Temple of the Tooth, is blessed by an elephant and ends up in the world’s greatest shrine to love, the Taj Mahal.

Temple of the Tooth

Temple of the Sacred Tooth, is a Buddhist temple in Kandy, Sri Lanka. It is located in the royal palace complex of the former Kingdom of Kandy, which houses the relic of the tooth of the Buddha. Since ancient times, the relic has played an important role in local politics because it is believed that whoever holds the relic holds the governance of the country. The relic was historically held by Sinhalese kings. The temple of the tooth is a World Heritage Site mainly due to the temple and the relic.

Bhikkhus of the two particular chapters, the Malwathu chapters and Asgiri chapters conduct daily worship in the inner chamber of the temple. Rituals are performed three times daily: at dawn, at noon, and in the evenings. On Wednesdays, there is a symbolic bathing of the relic with a herbal preparation made from scented water and fragrant flowers called Nanumura Mangallaya; this holy water is believed to contain healing powers and is distributed to those present.

The temple sustained damage from bombings by Janatha Vimukthi Peramuna in 1989, and by Liberation Tigers of Tamil Eelam in 1998. However it was fully restored each time.

The Taj Mahal originally the Rauza-i-munawwara is an ivory-white marble mausoleum on the southern bank of the river Yamuna in the Indian city of Agra. It was commissioned in 1632 by the Mughal emperor Shah Jahan (reigned from 1628 to 1658) to house the tomb of his favourite wife, Mumtaz Mahal; it also houses the tomb of Shah Jahan himself. The tomb is the centrepiece of a 17-hectare (42-acre) complex, which includes a mosque and a guest house, and is set in formal gardens bounded on three sides by a crenellated wall.

Construction of the mausoleum was essentially completed in 1643, but work continued on other phases of the project for another 10 years. The Taj Mahal complex is believed to have been completed in its entirety in 1653 at a cost estimated at the time to be around 32 million rupees, which in 2020 would be approximately 70 billion rupees (about U.S. $956 million). The construction project employed some 20,000 artisans under the guidance of a board of architects led by the court architect to the emperor, Ustad Ahmad Lahauri.

Around the World in 80 Treasures episode 5: Series in which Dan Cruickshank travels the world in search of man's greatest creations.

The Greeks – Crucible of Civilization