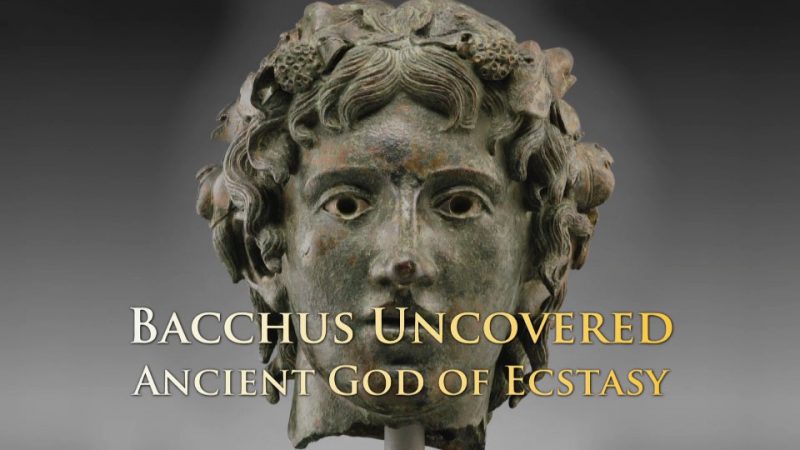 Professor Bettany Hughes investigates the story of Bacchus, god of wine, revelry, theatre and excess, travelling to Georgia, Jordan, Greece and Britain to discover his origins and his presence in the modern world, and explore how ‘losing oneself’ plays a vital role in the development of civilisation.

In this fascinating journey, Bettany begins in Georgia where she discovers evidence of the world’s oldest wine production, and the role it may have played in building communities. In Athens she reveals Bacchus’s pivotal role in a society where his ecstatic worship was embraced by all classes, and most importantly women.

On Cyprus she uncovers startling parallels between Bacchus and Christ. Finally, Bettany follows the god’s modern embrace in Nietzsche’s philosophy, experimental theatre and the hedonistic hippie movement to conclude that, while this god of ecstasy is worthy of contemporary reconsideration, it is vital to heed the warning of the ancients – “MEDEN AGAN” – nothing in excess.

Dionysus is the god of the grape harvest, winemaking and wine, of ritual madness, fertility, theatre and religious ecstasy in ancient Greek religion and myth. Wine played an important role in Greek culture, and the cult of Dionysus was the main religious focus for its unrestrained consumption. His worship became firmly established in the seventh century BC. He may have been worshipped as early as c. 1500–1100 BC by Mycenean Greeks; traces of Dionysian-type cult have also been found in ancient Minoan Crete.

His origins are uncertain, and his cults took many forms; some are described by ancient sources as Thracian, others as Greek. In some cults, he arrives from the east, as an Asiatic foreigner; in others, from Ethiopia in the South. He is a god of epiphany, “the god that comes”, and his “foreignness” as an arriving outsider-god may be inherent and essential to his cults. He is a major, popular figure of Greek mythology and religion, becoming increasingly important over time, and included in some lists of the twelve Olympians, as the last of their number, and the only god born from a mortal mother. His festivals were the driving force behind the development of Greek theatre.

The earliest cult images of Dionysus show a mature male, bearded and robed. He holds a fennel staff, tipped with a pine-cone and known as a thyrsus. Later images show him as a beardless, sensuous, naked or half-naked androgynous youth: the literature describes him as womanly or “man-womanish”. In its fully developed form, his central cult imagery shows his triumphant, disorderly arrival or return, as if from some place beyond the borders of the known and civilized.