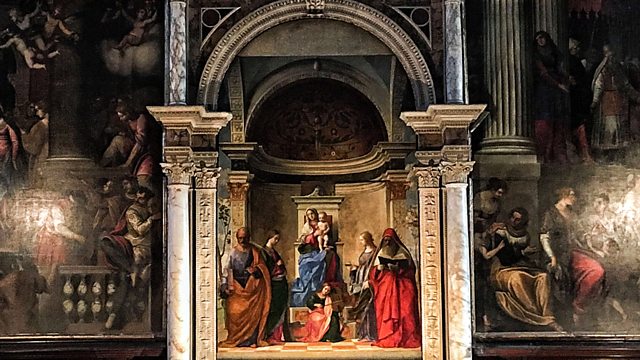 In Civilisations episode 7, Simon Schama starts his meditation on colour and civilisation with the great Gothic cathedrals of Amiens and Chartres. He then moves to 16th century Venice where masterpieces such as Giovanni Bellini’s San Zaccaria altarpiece and Titian’s Bacchus and Ariadne contested the assumption that drawing would always be superior to colouring.

As the Baroque took hold in enlightenment Europe another Venetian, Giambattista Tiepolo, created a ceiling fresco Apollo and the Four Continents at the Bishop’s palace in Würzburg.

In a glorious sequence Simon celebrates this grand opera of light, colour, and dancing line: a dizzying lift-off into 18th century elation. But if light could open the gates of ecstasy it could also drop art into the abyss. Francisco Goya began by working in the Venetian tradition but in the last years of his life his Black Paintings drained colour from the world of light.

The art of colour discovered a new mission which somehow sustained the old: how to make life in cities bearable, even beautiful. Simon travels to Japan to where in the 18th and 19th century an urban explosion generated a demand for cheap, mass produced woodblock prints suffused with dazzling colour. These prints by artists such as Hokusai were hugely influential on the impressionists and postimpressionists.

Simon ends the film in Matisse’s great chapel at Vence, where colour is used – against a backdrop of the Second World War – once more to enrapture, enlighten and as a path to God. 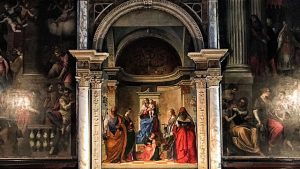 Civilisations episode 7 – Radiance - Simon Schama starts his meditation on colour and civilisation with the great Gothic cathedrals of Amiens and Chartres.

A Scottish Soldier: A Lost Diary of WWI