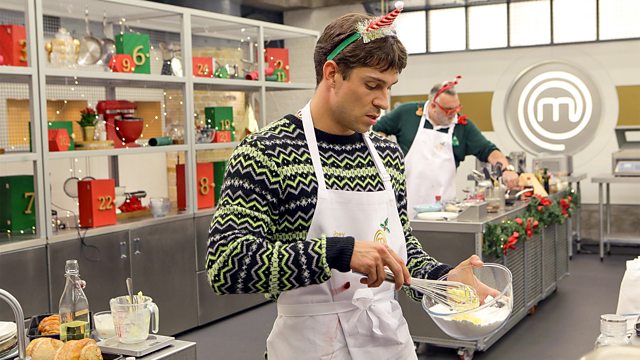 Celebrity MasterChef – Christmas Cook-Off 2021 episode 1: Deck the halls, stuff the turkey and break out the Christmas fizz as ten of the most memorable celebrities from past series come back to compete in festive-themed Celebrity MasterChef specials hosted by judges Gregg Wallace and John Torode.

The celebrities face two Christmas-themed tests. The first is an invention test: each contender must create a dish using ingredients found in a seasonal advent calendar. Then they are challenged to cook either their ultimate Christmas dinner using well-known seasonal ingredients or an alternative Christmas meal.

Celebrity MasterChef - Christmas Cook-Off 2021 episode 1: ten of the most memorable celebrities from past series come back to compete