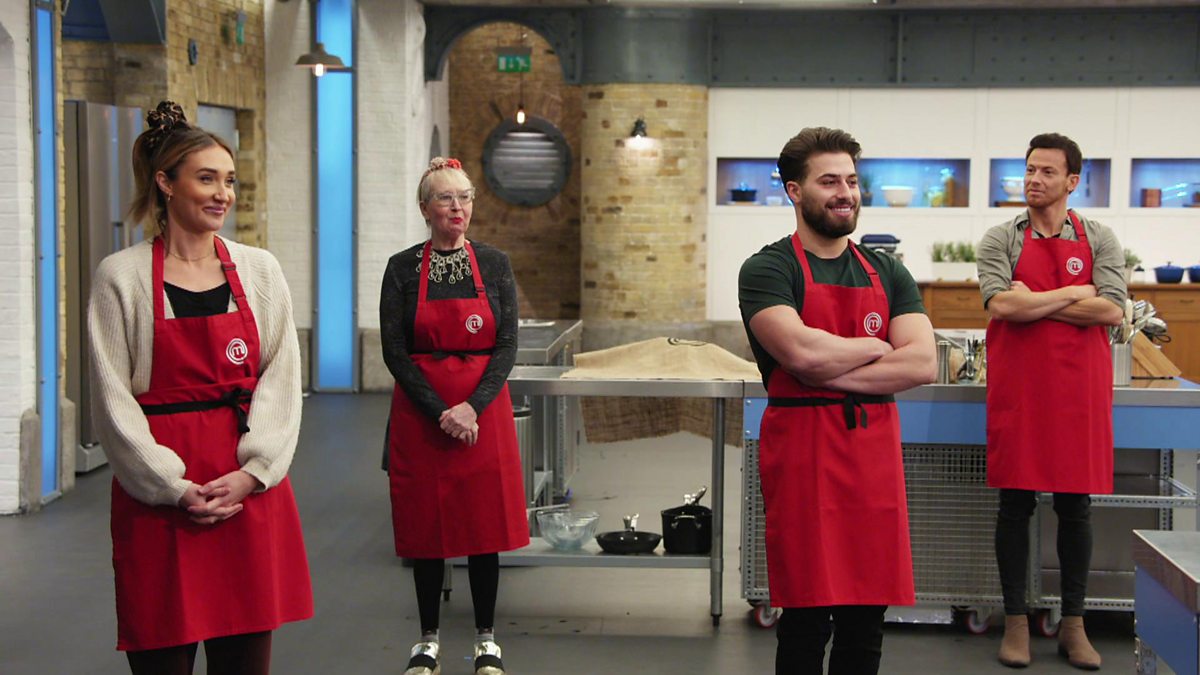 Celebrity MasterChef UK 2021 episode 13: After four weeks of intense competition, the best eight cooks remain. In the first of the semi-finals, the celebrities are tested on their teamwork.

Split into two teams, the celebrities must design and create two mouthwatering dishes. But they won’t be cooking alongside each other; they will be cooking in relay. Using a whole duck for the main course and pears for the dessert, each team member has 20 minutes to make their contribution to the dishes, but being unable to talk to one another, each cook must try to work out what the dishes are meant to be from the clues left behind by their teammates and then carry on. With everyone feeling the pressure to succeed, will the celebrities be able to create something successful?

Next, the celebrities are asked to push the boundaries of the everyday by guest chef and sandwich king Max Halley. After demonstrating his secrets of deliciousness in a sandwich – hot, cold, sweet, sour, crunchy, soft – the celebrities must get creative and come up with their own dream sandwich. Everything rides on the success of their sandwich because at the end of the challenge one celebrity will be going home, their dream of becoming Celebrity MasterChef champion 2021 over.