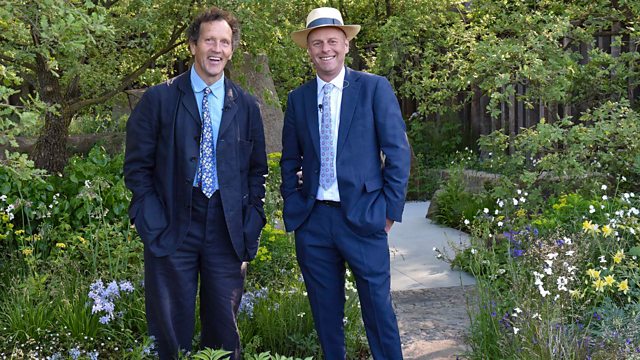 Chelsea Flower Show episode 4 2021: Monty Don and Joe Swift pay their first visit to this year’s RHS Chelsea Flower Show, joined by the regular team of gardening experts as they begin to analyse the inspirational designs and floral displays at this year’s show. The unique September slot provides Carol Klein with a bounty of autumn-flowering bulbs to discover in the Great Pavilion.

Adam Frost investigates how to garden in small spaces and urban places, and Juliet Sargeant adopts the Scandinavian way of life, when it comes to gardening for mental health and wellbeing.