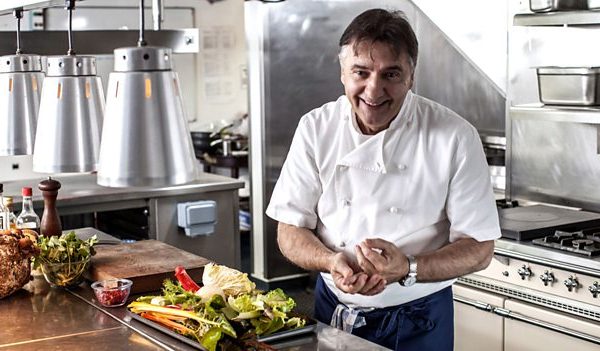 This edition looks at baking – cooking in the dry heat of the oven. Raymond Blanc starts with scallops baked in their own shells and then makes a salt-baked leg of lamb.

He ends with two desserts. The first is a restaurant masterpiece – a pistachio souffle with a bitter cocoa sorbet inside – and is followed by a flourless chocolate cake.

Raymond Blanc demonstrates the technique of baking by making a hot pistachio soufflé with a rich and icy chocolate sorbet centre.

Raymond Blanc offers two alternative baked melting cheeses – one spiked with chilli, garlic and rosemary and the other topped with a secret ingredient… Lush with homemade flatbread.

We looks at baking - cooking in the dry heat of the oven. Raymond Blanc starts with scallops baked in their own shells and a salt-baked leg of lamb.