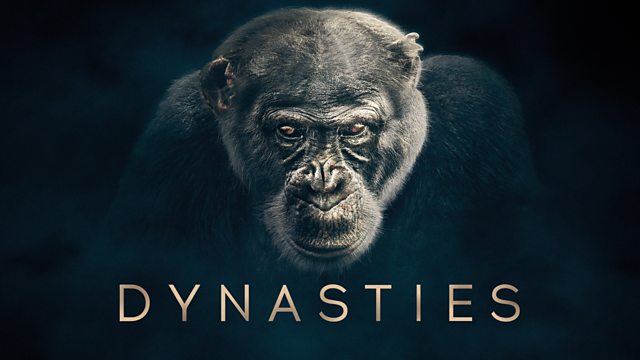 Five extraordinary animals, each in a heroic struggle against rivals and against the forces of nature, fighting for their own survival and for the future of their dynasties.

In Senegal, west Africa, live a group of chimpanzees led by an alpha male named David. He has already been alpha for three years – a time when leaders here are usually overthrown. To make matters worse, David has no allies – no-one to help him defend his leadership. As the dry season sets in, the group are forced closer together to survive. But David is now surrounded by rivals who all want his crown and are prepared to kill him for it.

David faces brutal battles, has his world engulfed in flames and has to pull off an extraordinary act of deception. In a story of power and politics, can David overcome the threats to his leadership and hold on to the alpha position long enough to sire a possible future heir to his throne?

The common chimpanzee (P. troglodytes) who live north of the Congo River, and the bonobo (P. paniscus) who live south of it, were once considered to be the same species, but since 1928 they have been recognized as distinct. In addition, P. troglodytes is divided into four subspecies, while P. paniscus is undivided. Based on genome sequencing, these two extant Pan species diverged around one million years ago.

The most obvious differences are that chimpanzees are somewhat larger, more aggressive and male-dominated, while the bonobos are more gracile, peaceful, and female-dominated. Their hair is typically black or brown. Males and females differ in size and appearance. Both chimps and bonobos are some of the most social great apes, with social bonds occurring throughout large communities. Fruit is the most important component of a chimpanzee’s diet; but they will also eat vegetation, bark, honey, insects and even other chimps or monkeys. They can live over 30 years in both the wild and captivity.

Five extraordinary animals, each in a heroic struggle against rivals and against the forces of nature, fighting for their own survival and for the future of their dynasties.