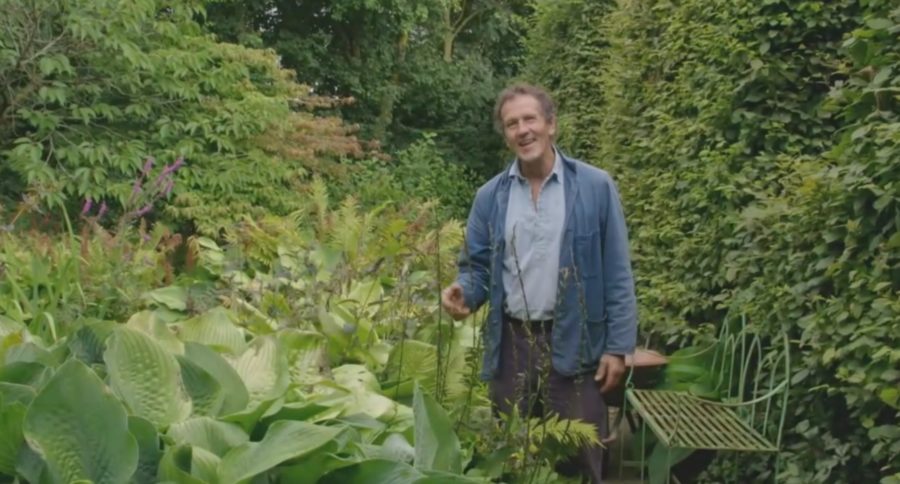 Monty Don catches up on his vegetable garden and harvests potatoes as well as dividing perennials. Frances Tophill is on her shared allotment making the most of the year’s fruit harvest, Joe Swift visits a classically designed garden with a contemporary edge in Northamptonshire, and Juliet Sargeant goes to Borde Hill Garden in West Sussex to see how the hot summer has caused a rare tree to flower for the first time in 30 years.

We travel to Wales to meet a seed guardian whose passion is growing all kinds of vegetables and collecting their seed, and we meet a woman who has been successfully growing melons and pineapples in her garden in Lancashire.

Grow your own melons

There are three groups of sweet melons. Canteloupe melons, with their orange flesh are the best ones for us to grow in the UK. You can also grow honeydew types, which have firm yellow flesh, and musk melons, which must be grown in a greenhouse.

For best results in our cooler climate grow your melons in a greenhouse or coldframe, or against a sunny sheltered wall with a cloche covering them.

Grow your own peas

Peas are grouped by harvesting time and the shape of the seeds; round peas tend to be hardier than wrinkled varieties. Water well when the flowering begins and two weeks after. Add a mulch around the base of plants to preserve soil moisture.

Apart from dwarf cultivars, you will need to provide some support for the plants to scramble up. One of the easiest way of supporting taller varieties is adding trellis, bamboo canes and netting. Dwarf varieties can be supported with pea netting or pea sticks (twiggy branches). After flowering, plants need sufficient water for the pods to swell properly. Check the soil moisture at root level to find out if the plants are getting enough water.

Potatoes require an open, frost-free site with deep, fertile, moisture-retentive and crumbly soil for high quality and heavy yields. Improve soils by adding organic matter, such as well-rotted manure, in the autumn. Before planting, supplement with a general fertilizer, such as Growmore or blood, fish and bone, applied to the soil surface or spread along the sides of the drill during sowing, at the rate of 1kg per 10m (2.2lb per 33ft) row. Half of this amount will be enough if the garden is known to be fertile.

Gardeners World 2018 episode 22 - Monty Don catches up on his vegetable garden and harvests potatoes as well as dividing perennials.