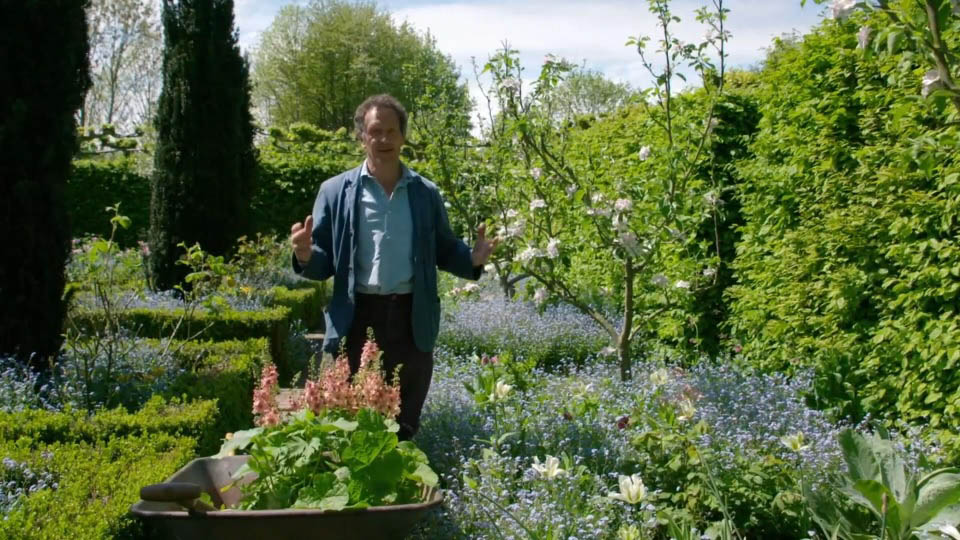 In Gardeners World 2018 episode 9, Monty elevates his cottage garden borders this week by adding plants to give height and drama, and rejuvenates the design of the grass borders by adding evergreen plants grown from cuttings.

Carol Klein’s plant of the season is the delicate but easy to grow dog’s tooth violet, Joe Swift travels to the Trelissick garden in Cornwall to meet a very special garden volunteer, and Adam Frost returns to Leicestershire to monitor the progress of the new-build garden. We also meet a woman who grows a national collection of polemoniums in her back garden, and we reveal the garden of the fourth finalist in our Every Space Counts competition.

The collection was first recognised in 1992 where the Polemoniums were grown in a small garden in Ebchester, County Durham. In 1998 the entire collection was moved twenty five miles east to Trimdon Grange, where the winds blow straight off the north east coast. In 1999, the collection was awarded Scientific Status, one of only 35 recognised out of the 650 plus national collections in the UK.

Greencombe, situated alongside the wooded slopes overlooking the Bristol Channel, was started in 1946 by Horace Stroud. It feels vast, but actually only covers 3.5 acres. It is full of beautiful and rare plants which thrive in this coastal location.

Hollyhocks is a robust biennial or short-lived perennial to 2m or more, with shallowly lobed, rounded leaves and long erect racemes of open funnel-shaped flowers to 10cm across, which may be pink, purple, red, white or yellow.

Topiary has been used historically in many different European gardening styles, from early Roman gardens through to modern day. From box balls to yew ‘peacocks’, it is so versatile and striking that many are inspired to create their own piece of living architecture.

The main pruning season for grape vines is early winter, but they need regular pruning and maintenance throughout the growing season to keep them manageable and productive. The two main pruning systems are the Guyot system and the rod and spur (cordon) system

In Gardeners World 2018 episode 9, Monty elevates his cottage garden borders this week by adding plants to give height and drama.