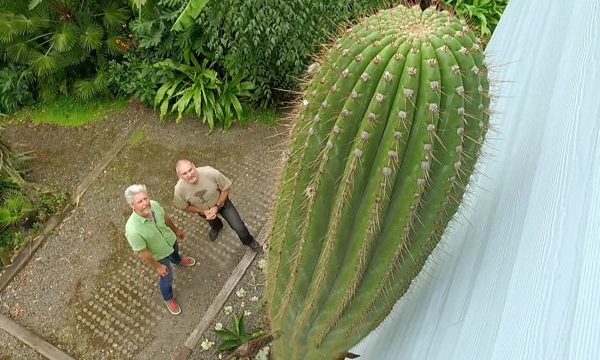 Gardeners World episode 25 2016 – September is the perfect time for planting and Monty adds some autumn flowering asters to his borders, as well as refreshing his strawberry beds with new stock.

Carol Klein continues her series on plant families and this week, she takes a close look at one of the largest plant families in the world, the daisy family, and we pay a visit to a plant nursery in Hampshire, which specialises in growing plants – including many varieties of daisy – for attracting wildlife.

Nick Macer is in Essex where he discovers a garden where cacti are grown to monstrous proportions due, in part, to its microclimate. Garden doctor Nick Bailey is in Berkshire, where he provides a remedy for a patch of dry shade in a small back garden, while Jane Moore visits two tiny gardens on the sunny and shady side of the same street in Bristol to find out how their respective gardeners have designed the space.

And Adam Frost begins the first of his design projects in his new Lincolnshire garden.

The ability to store pumpkins and winter squashes for up to six months adds to the pleasure of growing them. However, there are a few guidelines worth following to ensure they store well. Store pumpkins and winter squashes from early to late autumn. Allow the fruits to mature on the plant for as long as possible to accumulate the highest quantity of sugars from the leaves, but before frost arrives (frosted fruit will not store). The foliage around the fruits can be cut away near to harvest time to encourage ripening.

This plant group is extremely vast and diverse, from the very small and intricate to the striking and architectural. There is a cactus or succulent to suit everyone, whether young or old.

Powdery mildews are a group of related fungi which attack a wide range of plants, causing a white, dusty coating on leaves, stems and flowers.

Powdery mildews usually have narrow host ranges comprising of just a few related plants. For example, the powdery mildew affecting peas is a different species from the one attacking apples. Powdery mildew is a fungal disease of the foliage, stems and occasionally flowers and fruit where a superficial fungal growth covers the surface of the plant.

Gardeners World episode 25 2016 - September is the perfect time for planting and Monty adds some autumn flowering asters to his borders, as well as refreshing his strawberry beds with new stock.