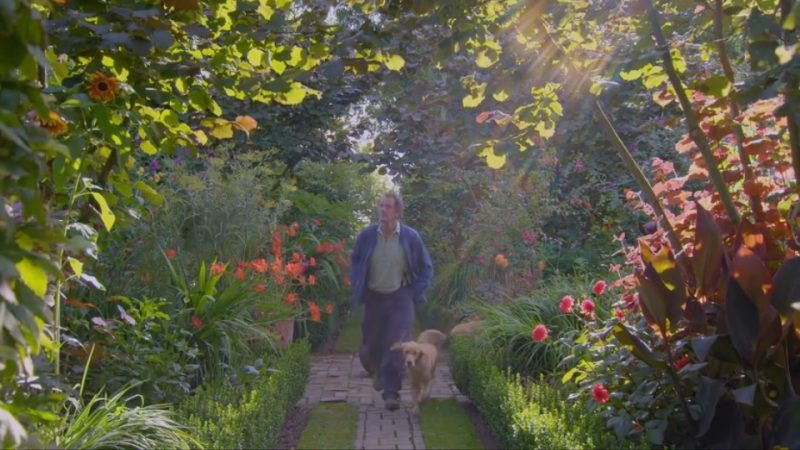 In Gardeners World episode 27 2016, Monty catches up with seasonal jobs at Longmeadow this week when he divides some perennials and plants alpines for spring colour. He also travels to Dublin to meet Helen Dillon to find out why she is planning to leave her world-famous garden after decades of honing it to perfection.

In Scotland, Joe Swift begins his quest to find out why we should rekindle our love for rock gardens, while Frances Tophill perches precariously on a cliff in Cornwall as she joins a couple who have created a garden in extreme conditions.

Adam Frost continues his progress on designing his garden in Lincolnshire and Flo Headlam transforms a shady and neglected front garden in London. And garden designer Mark Lane shares his passion for colour in his garden in Kent.

Some species of Nepeta contain the chemical Nepetalactone (found in highest quantities in Nepeta cataria). When cats are exposed to its smell they can have some very strange reactions ranging from chin and cheek rubbing to head-over rolling and body rubbing! It’s thought that the chemical enters the cat’s nasal tissue sending signals to its brain resulting in a response similar to the response to natural sex pheromones.

The effect can last for around ten minutes. Nepetalactone also has documented effects on lions, tigers and leopards. It can also be used as a mosquito and fly repellent. It’s thought not to affect humans in the same way as cats, as the human brain is physiologically different from that of a cat.

How to build a rock garden

Rock gardens are a great way to display small plants – especially alpines – to great advantage. It is not difficult to get the conditions right and create an attractive garden style, using rocks or stones to set off these underused plants.

Woolly aphid is common on edible and ornamental apple trees, pyracantha and Cotoneaster horizontalis. The insects are hidden under white fluff that can be mistaken for a mould.

How to take cuttings of tender perennials

Tender perennials such as verbena, bidens, gazanias and argyranthemums are best propagated each year from cuttings. In this way, you can keep the garden supplied with bushy, vigorous plants full of flowering potential.

In Gardeners World episode 27 2016, Monty catches up with seasonal jobs at Longmeadow this week when he divides some perennials and plants alpines for spring colour.