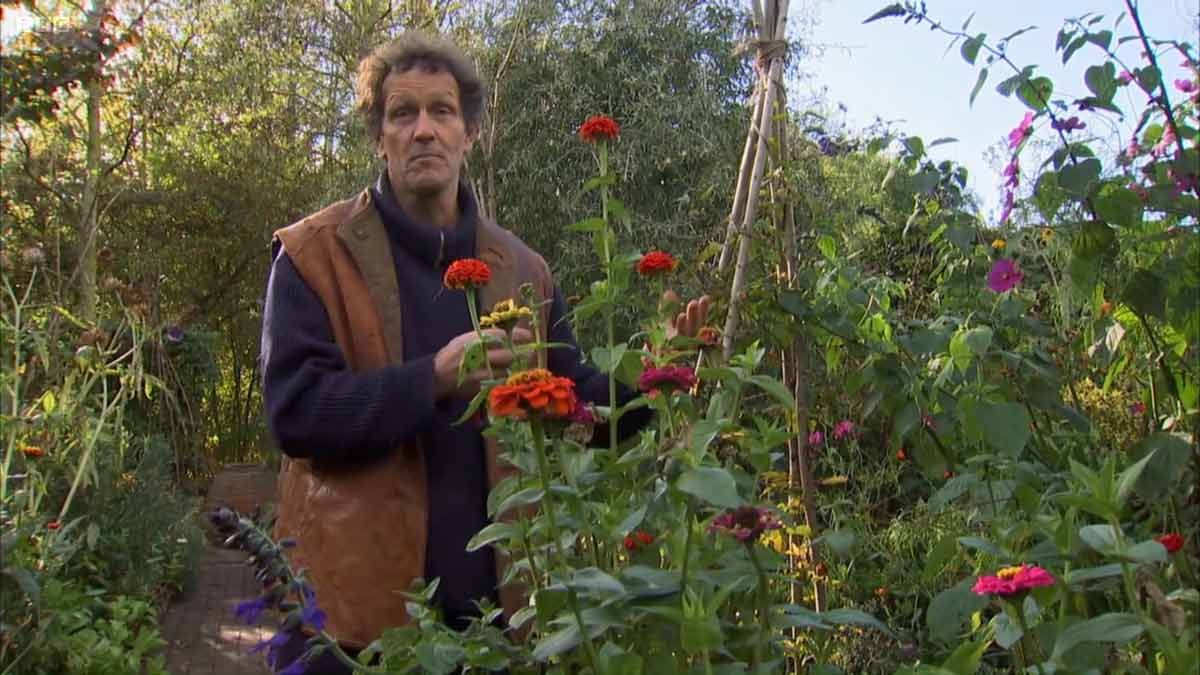 Gardeners’ World (October 28, 2011): Monty Don gets going with some autumn garden maintenance whilst looking back over the year and reviewing his borders, checking which plants have done well and which haven’t. As he clears annuals that are past their best, he plans a colorful display for late spring by planting up the garden with tulips.

Carol Klein is at Glebe Cottage continuing work on her new raised beds and taming an overgrown and unruly rambling rose, explaining how to prune and tie it in for maximum flower performance next summer.

Joe Swift visits The Alnwick Garden in Northumberland and looks at how its strong structural design ensures the garden stays looking good through the winter. And Monty extols the virtues of making your own leaf mould, as well as recommending several jobs we could all be doing in our gardens this winter.

Gardeners’ World (October 28, 2011): Monty Don gets going with some autumn garden maintenance whilst looking back over the year

Gardens Near and Far episode 18 – MUSKAU