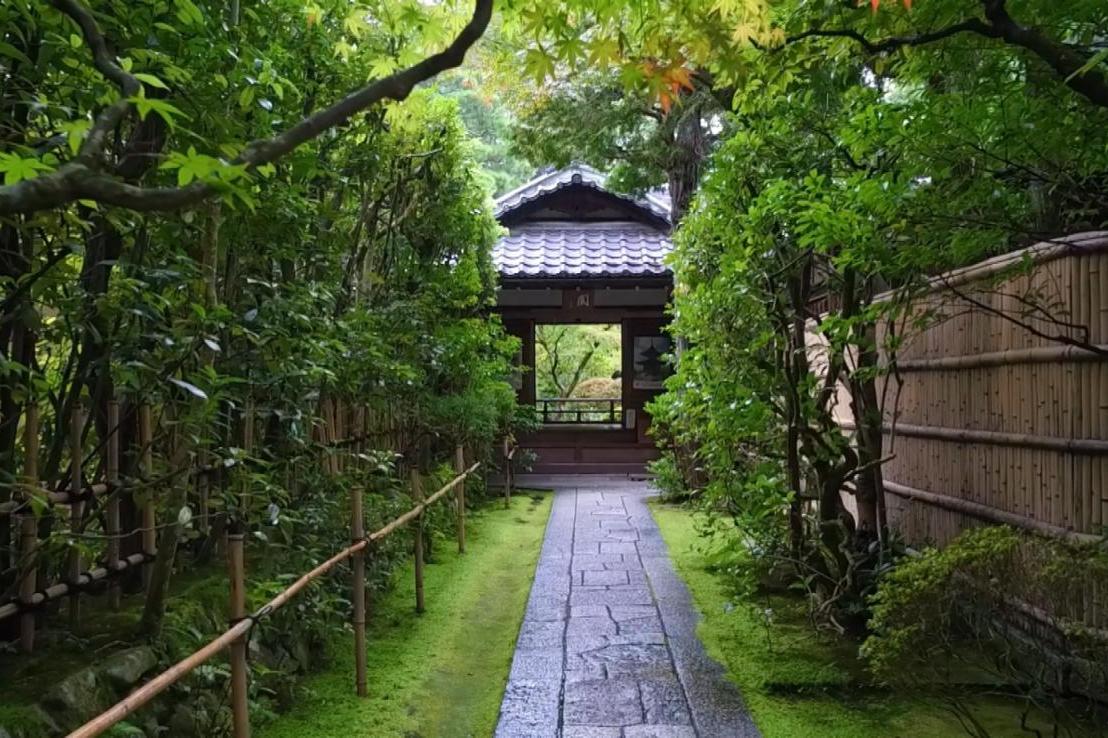 Gardens Near and Far episode 8 – Daitoku-ji, Japan: silence, minimalism and symbolic meaning reign in the Japanese Zen garden. Stone lanterns, purifying basins and white rocks and pebbles are meticulously designed and laid out.

The monastery of Daitoku-ji consists of a main temple surrounded by 23 sub-temples, separated from the city by an encircling wall. It is entered via one of three great portals. Its dry gardens embody the principles of Zen abstract philosophy: colour, plants and minerals are kept to a minimum. The paths take one on a journey in which the body is cleansed prior to the self-perfecting ritual of the tea ceremony.

Landscape architect Jean-Philippe Teyssier takes us on a discovery of the most beautiful gardens in France and the world. The gardeners, landscapers, horticulturalists, architects, historians and estate managers he meets unveil the art of gardening. They show us how gardens have been designed, planted and maintained over the centuries. The exceptional gardens Jean-Philippe Teyssier visits make up a myriad of passions, journeys, colors and shapes.

Daitoku-ji originated as a small monastery founded in 1315 or 1319 by the monk Shūhō Myōchō (1282–1337), who is known by the title Daitō Kokushi (“National Teacher of the Great Lamp”) given by Emperor Go-Daigo. In 1325, the monastery was converted into a supplication hall for the imperial court at the request of the retired Emperor Hanazono. The dedication ceremony for the imperial supplication hall, with its newly added dharma hall and abbot’s living quarters, was held in 1326, and this is generally recognized as the true founding of the temple.

Like many other temples in Kyoto during that time, the temple’s buildings were destroyed by fire. In 1474, which was when Kyoto was the scene of the Ōnin War, Emperor Go-Tsuchimikado designated Ikkyū Sōjun as the head priest. With the help of merchants of the city of Sakai, Ikkyū contributed significantly to the temple’s rehabilitation.

Gardening Together with Diarmuid Gavin episode 4