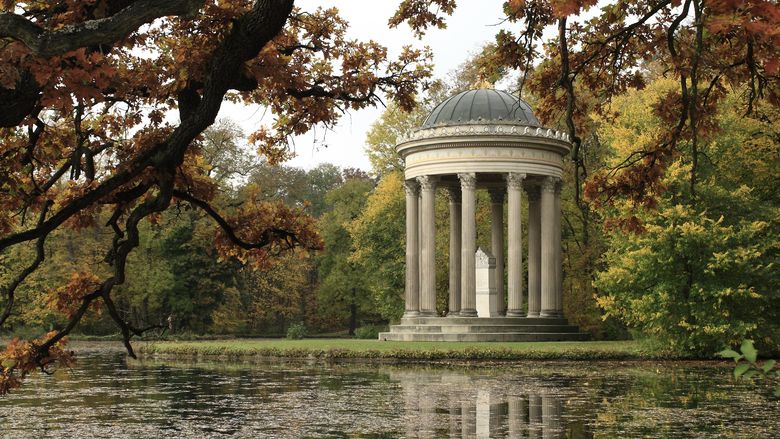 Gardens Near and Far episode 10: In Munich, the “Englisher Garten” was designed a century before the other great urban gardens of Europe. In 1789 – while the French Revolution makes European courts tremble – Prince Charles-Theodore of Bavaria decided to offer his people a magnificent public garden.

From the park’s opening, the prince had set up a casino, boats on the artificial lake and other fun activities that are emblematic of this garden’s spirit. Nobody was living on this land north of Munich yet; there was no urbanization. It was a natural space that belonged to the state. The park is divided into two parts by a road – the Isarring. It is mainly comprised of spacious lawns, meadows and groves. Nowadays, the locals enjoy this vast 375 hectares “green lung” at the heart of the city on a daily basis; it has become a true leisure and strolling area enjoyed by everyone.

When the Elector of Bavaria Maximilian III Joseph, the last ruler from the Bavarian branch of the Wittelsbach dynasty, died childless in 1777, his throne passed to Charles Theodore, archduke and elector of the Palatinate. The new ruler preferred his existing home in Mannheim on the Rhine to living in Bavaria and tried unsuccessfully to trade his unloved inheritance for the Austrian Netherlands. Understandably, the people of Munich returned his disdain.

To offset this unhappy atmosphere, Charles Theodore devoted much attention to improvements in the city. Among others, he created an art gallery in the northern arcades of the Residence’s Hofgarten (“Court Garden”) and made both the garden and the new gallery open to the public (the former in 1780, the latter in 1781).

While the Hofgarten was then the only public park in Munich, that was not the primary motivation for the creation of the English Garden. Rather, it was part of a series of military reforms being pursued under the guidance of Sir Benjamin Thompson, the new Elector’s chief military aide, later created Count Rumford and appointed as Bavarian war minister. Born in Massachusetts, Thompson had served on the Loyalist side in the American Revolutionary War, and after the British defeat had returned to England before moving to continental Europe and entering Charles Theodore’s service in 1784.

In 1788 Thompson proposed that in peacetime the majority of the soldiers of the Elector’s army should be given leave to do civilian work, such as farming and gardening. In February 1789, Charles Theodore decreed that military gardens should be laid out in each garrison city, to provide soldiers with good agricultural knowledge and also to serve as recreation areas, accessible also to the public.

Gardens Near and Far episode 10: In Munich, the “Englisher Garten” was designed a century before the other great urban gardens of Europe.