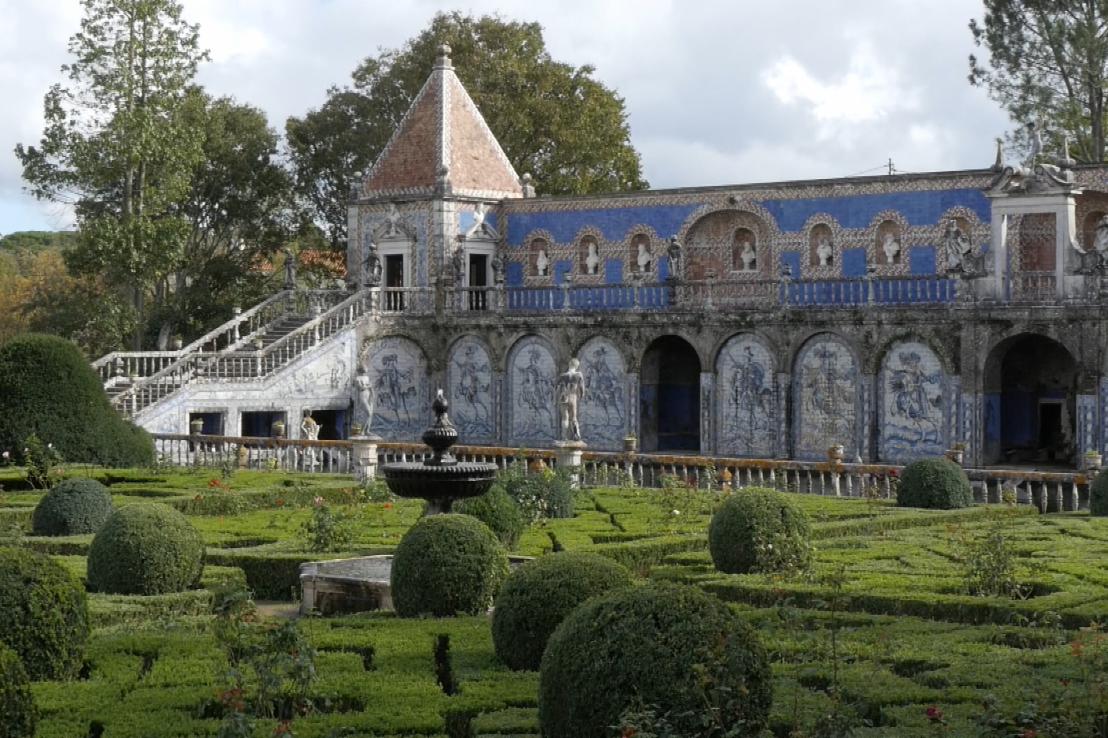 Gardens Near and Far episode 24 – Palacio dos Marqueses de Fronteira: this baroque garden is decorated with thousands of small mosaic tiles, the famous “Azulejos” that recount the glory of the re-conquest of the independence of Portugal in the 16th century.

Despite its regular appearance, the garden evokes the Moor palaces with their refreshing fountains, thanks to a hydraulic system from Arab culture. Since the 17th century, the palace and its garden have been handed down from generation to generation within the same family.

Palacio dos Marqueses de Fronteira was built in 1671 as a hunting pavilion to Dom João de Mascarenhas, 1st Marquis of Fronteira, who received his title from King Afonso VI of Portugal for his loyalty to the House of Braganza in the Portuguese Restoration War. The palace is the private residence of the Marquesses of Fronteira.

The palace is located in a very quiet area, near the Monsanto Forest Park. The house and the garden have glazed tiles representing different themes such as battles or monkeys playing trumpets. The Room of the Battles has panels representing scenes of the Portuguese Restoration War; one of them shows D. João de Mascarenhas fighting a Spanish general.

The dining room is decorated with portraits representing some members of the Portuguese nobility, painted by artists such as Domingos António de Sequeira.  The chapel, dating from the end of the 16th century, is the oldest part of the palace. The façade is adorned with stones, shells, broken glass and porcelains. It seems that those pieces were used during the palace’s inauguration and were broken on purpose just not to be used again.  In spite of being the current residence of the Marquis of Fronteira some of the rooms, the library and the garden are open to public visits. 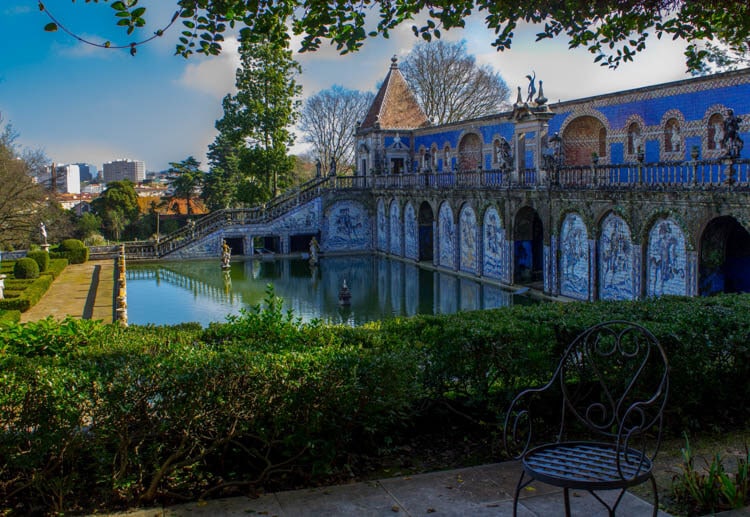