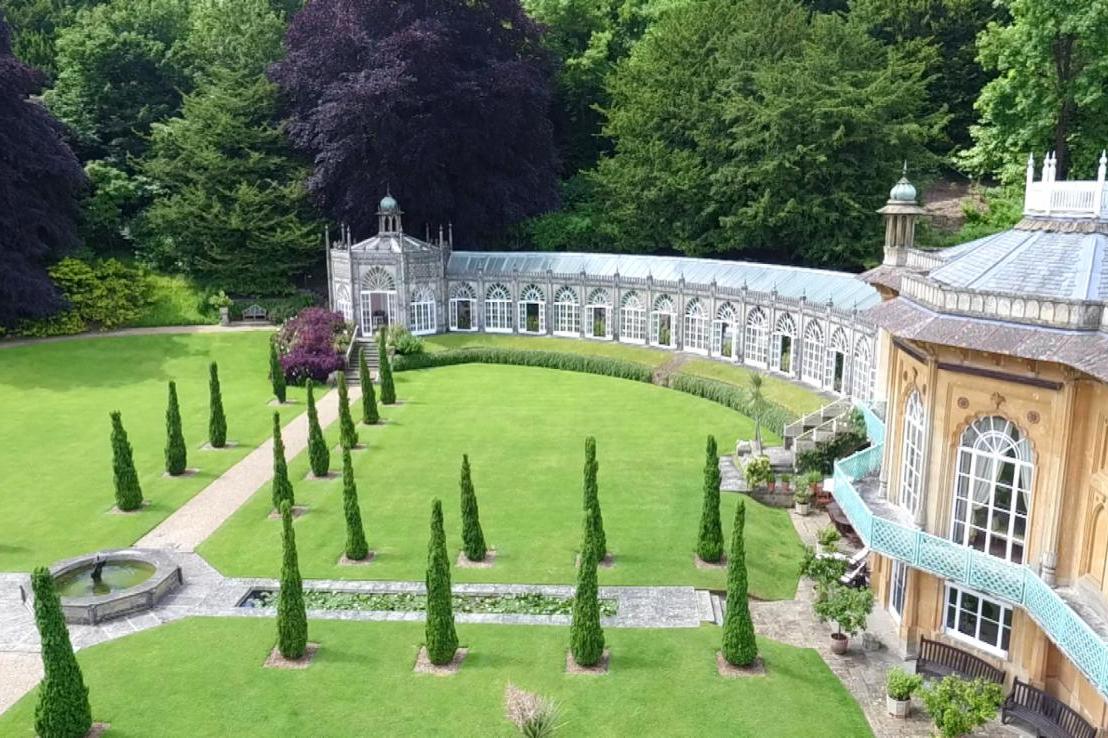 Gardens Near and Far episode 43 – Sezincote

Gardens Near and Far episode 43 – Sezincote: At the heart of the English countryside in Gloucestershire, north-west of Oxford, the Sezincote estate houses a surprising dwelling. It is the work of the Cockerell brothers – British aristocrats of the end of the eighteenth century.

Sezincote’s history is one of family. Right as they came back from India where they spent long years serving the crown, the Cockerells acquired the estate in 1794. The house was then no more than a “plain old” English manor. Charles Cockerell transformed it into an Indian palace – which was quite a singular architectural style in England at the time.

Lord and Lady Kleinwort bought the domain back in 1943. They then restored the buildings that suffered greatly from both World Wars and added a Persian garden. The estate also encompasses a farm whose facades are adorned with Indian ornaments. And to perfect the scenery, an Indian taxi from Delhi that Edward gifted his wife is parked in front of the house.

Gardens Near and Far episode 43 – Sezincote

Sezincote House is the centre of a country estate in Gloucestershire, England. The house was designed by Samuel Pepys Cockerell, built in 1805, and is a notable example of Neo-Mughal architecture, a 19th-century reinterpretation of 16th and 17th-century architecture from the Mughal Empire. At the time of its construction, British India was becoming the “jewel in the crown” of the world’s largest empire.

Sezincote is dominated by its red sandstone colour, typical in Mughal architecture, but features a copper-covered dome instead of the typical white marble. The fenestration is composed of a sequence of extra-large windows with an arch-shape at the top. The arch, however, is not a simple or typical design, but instead a shell-like fan[2] that is evidence of the Mughal influence. The interior design is more typical European style.

The landscape was designed by Humphry Repton. It is essentially a renaissance-style garden with elements of Hindu style, as seen in the crescent bridge with columns.

At the heart of the English countryside in Gloucestershire, north-west of Oxford, the Sezincote estate houses a surprising dwelling.