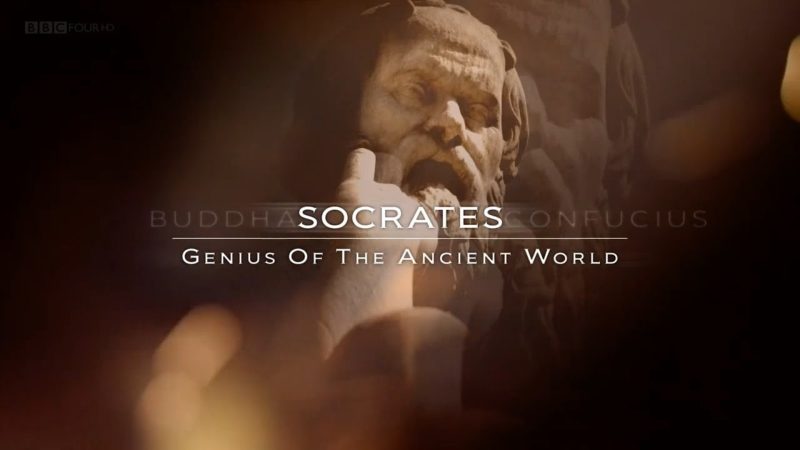 Bettany Hughes’ series profiling the most celebrated thinkers of the Ancient world continues as she turns her attention to Socrates. Heading to Greece, she details how the Athenian philosopher secured a reputation as an influential maverick.

She also highlights how his contributions as one of the founders of Western philosophy did not please his detractors, as his outspoken defence of his beliefs ultimately led to his execution.

Socrates (c. 470 – 399 BC) was a classical Greek (Athenian) philosopher credited as one of the founders of Western philosophy, and is known as the first moral philosopher, of the western ethical tradition of thought. He is an enigmatic figure known chiefly through the accounts of classical writers, especially the writings of his students Plato and Xenophon and other contemporaneous figures such as Antisthenes, Aristippus, and Aeschines of Sphettos.

Plato’s dialogues are among the most comprehensive accounts of Socrates to survive from antiquity, though it is unclear the degree to which Socrates himself is “hidden behind his ‘best disciple’, Plato”.

Through his portrayal in Plato’s dialogues, Socrates has become renowned for his contribution to the field of ethics, and it is this platonic Socrates who lends his name to the concepts of Socratic irony and the Socratic method, or elenchus.

The latter remains a commonly used tool in a wide range of discussions, and is a type of pedagogy in which a series of questions is asked not only to draw individual answers, but also to encourage fundamental insight into the issue at hand. Plato’s Socrates also made important and lasting contributions to the field of epistemology, and his ideologies and approach have proven a strong foundation for much Western philosophy that has followed.

Socrates was the son of Sophroniscus, an Athenian stone mason and sculptor, and Phaenarete, a midwife. Because he wasn’t from a noble family, he probably received a basic Greek education and learned his father’s craft at a young age.

It is believed Socrates worked as mason for many years before he devoted his life to philosophy. Contemporaries differ in their account of how Socrates supported himself as a philosopher. Both Xenophon and Aristophanes state Socrates received payment for teaching, while Plato writes Socrates explicitly denied accepting payment, citing his poverty as proof.

Bettany Hughes' series profiling the most celebrated thinkers of the Ancient world continues as she turns her attention to Socrates.

Death on the Nile