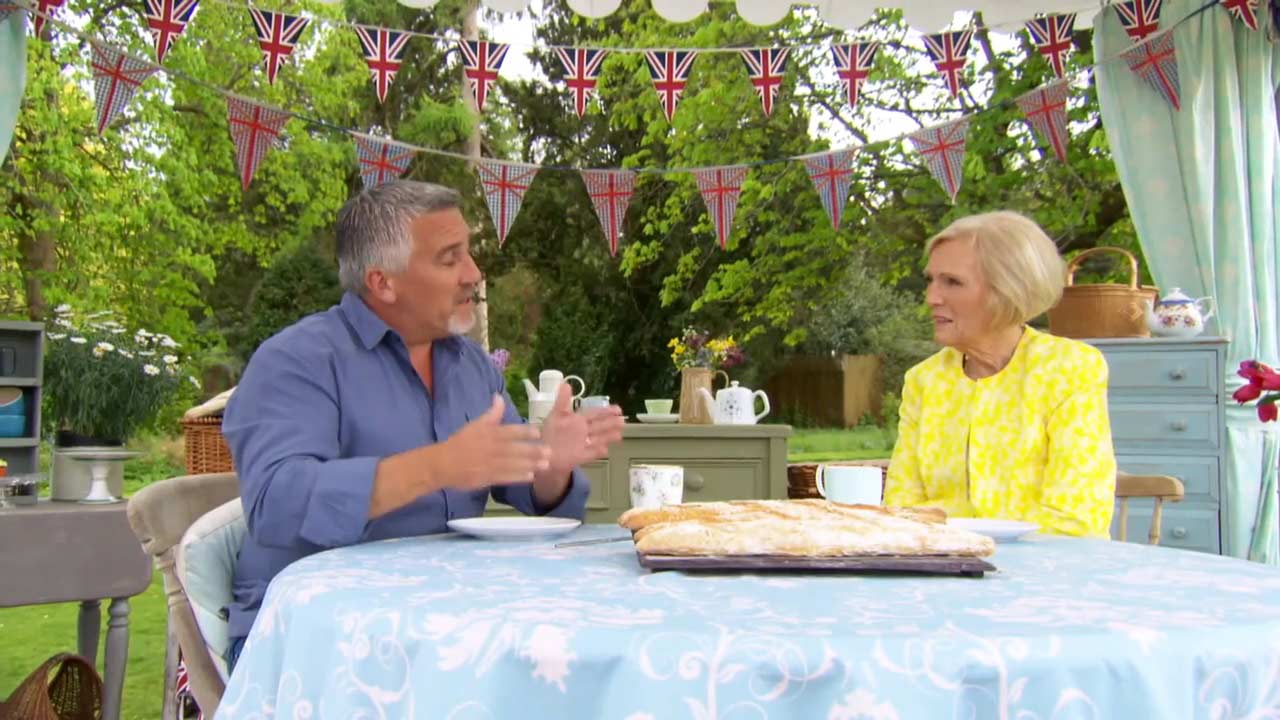 Great British Bake Off episode 3 2015 – Bread: The ten remaining bakers face the challenge of bread week. In the first task, the bakers have one and a half hours to make two quick bread to be made free-form (i.e. not in a tin). For the second task, Paul sets the bakers the challenge of baking 4 identical crusty baguettes in two and a half hours. For the final Showstopper, the bakers must make a 3-D bread sculpture in five hours. The bread sculpture should be made of three types of dough, and one of them should be filled.

Great British Bake Off episode 3 2015: The bakers face the challenge of bread week, they have one and a half hours to make two quick bread