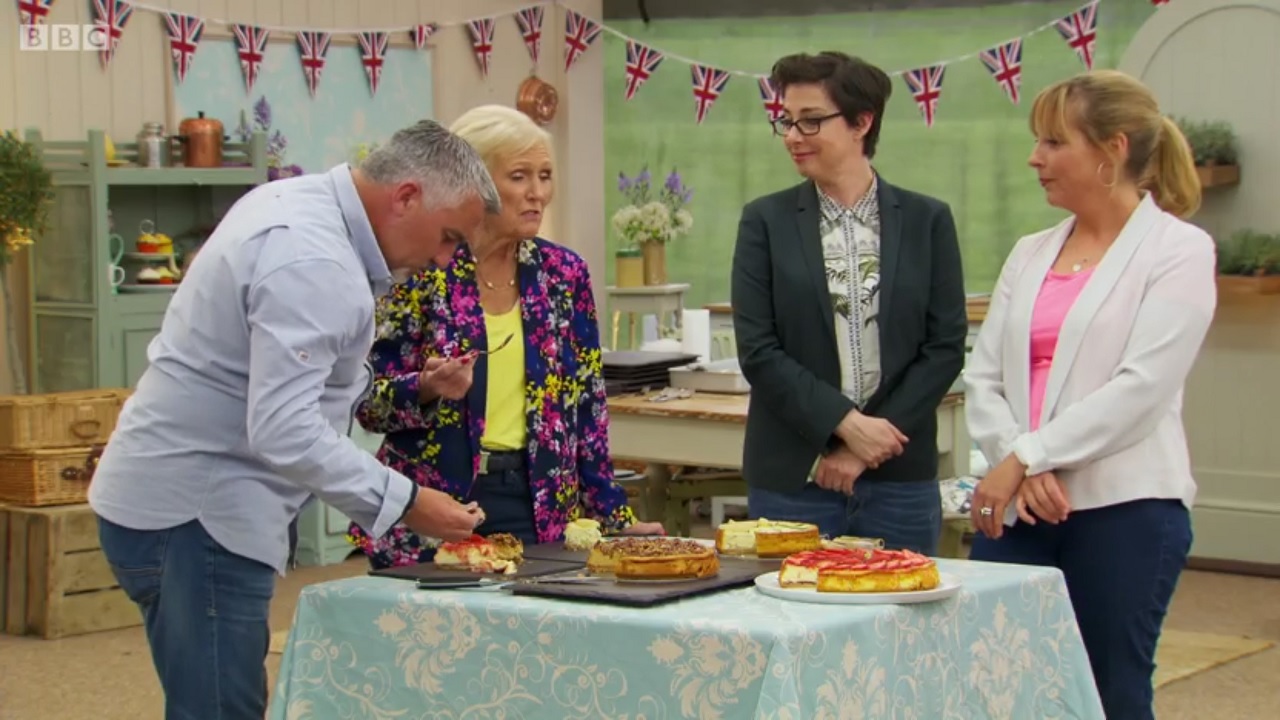 Great British Bake Off episode 5 2015 – Alternative Ingredients: The remaining bakers face baking challenges without sugar, gluten or dairy. This episode has a theme of using alternatives for ingredients usually used in baking. For the signature bake, the bakers are given the challenge of baking a cake, but without using sugar. For the technical bake, the challenge is to make twelve identical gluten-free pitta breads in two hours. In the showstopper, the bakers must make an ice-cream roll using dairy-free ice-cream.