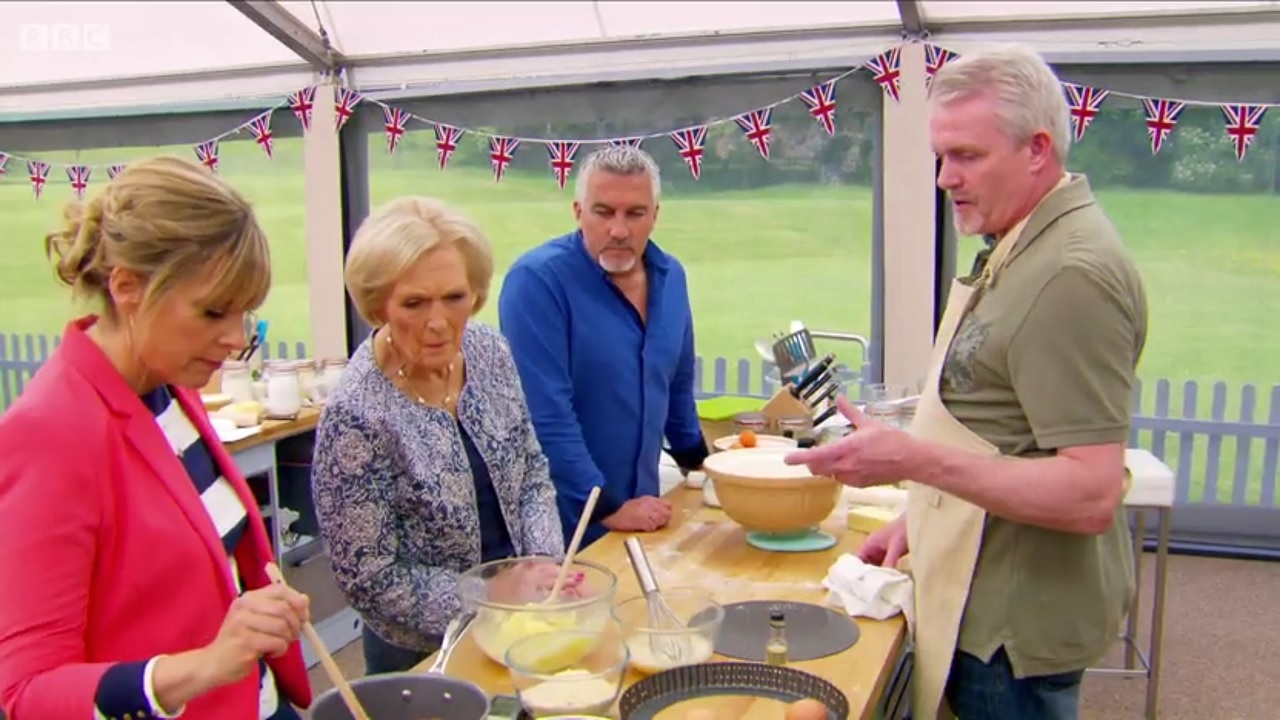 Great British Bake Off episode 6 2015 – Pastry: With bread, biscuits and cakes complete, the bakers must now prove their pastry skills. For the signature challenge, the bakers make a frangipane tart in two hours, the challenge being that it must be open-topped and use shortcrust pastry. In the technical, the bakers strive to make flauones – a cheese filled pastry made in Cyprus. Vol-au-vents are set as the Showstopper – the bakers must make two types, all using their own puff pastry – in three hours and forty five minutes.

Great British Bake Off episode 6 2015 - Pastry: With bread, biscuits and cakes complete, the bakers must now prove their pastry skills.