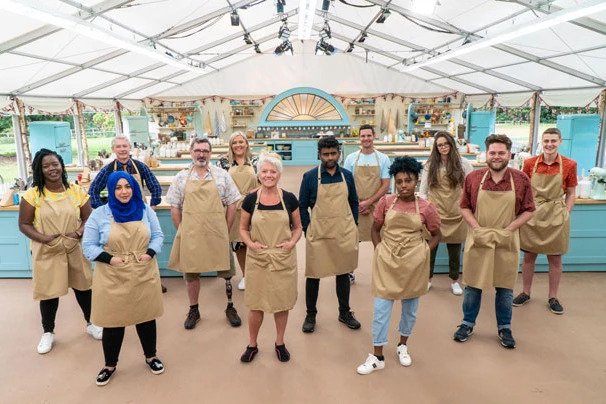 Great British Bake Off episode 7 2020 – 1980’s Week: Matt Lucas and Noel Fielding host a 1980s-themed episode of the contest. The signature challenge features a classic quiche, while the technical round requires the bakers to master a popular retro sweet treat. For their final showstopper task, the contestants must keep their cool while preparing an ice cream cake before judges Prue Leith and Paul Hollywood pick this week’s star baker and decide who will be leaving the tent.

It’s one of the hottest days of the year and it’s sweltering in the Bake Off tent so even Paul Hollywood’s famous glacial stares don’t take the edge off the temperature. And what is the showstopper the bakers are being asked to make? Ice cream cake, of course. You’ve never seen so many melted puddles of gloop – and that’s just the contestants, who have to sling wet tea towels around their necks to cool down.

This week’s theme is the 80s (hence the Arctic Roll-style showstopper), which is perhaps a little unfair as most of the bakers were mere toddlers in that decade. Unsurprisingly, Matt Lucas’s renditions of hits by Spandau Ballet and George Michael are met with blank looks while one young baker vaguely suggests that “Prawn cocktails were big back then”. Perhaps not big in cakes, though.