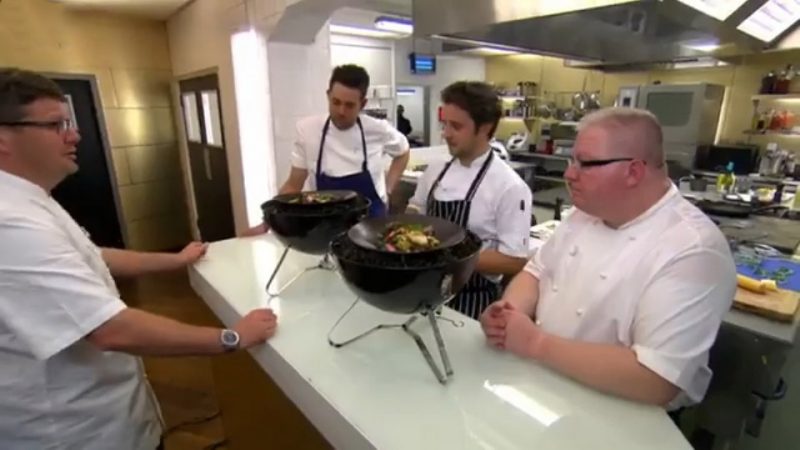 Today in Great British Menu episode 12 2017 is the fish course and the atmosphere in the kitchen gets even more tense as the three newcomers begin to understand the perfection and skill veteran chef Daniel Clifford demands. Ellis Barrie, head chef at The Marram Grass in Anglesey, attempts to create the flavour of a summer barbecue without actually using one.

Tom Parker and Paul Askew are both using luxury fish to try and meet the exacting standards of Wimbledon. Tom serves oysters and langoustines with a risky champagne sauce that combines both traditional British and Asian flavours. Paul is cooking turbot and oysters. Will his traditional cooking be distinctive enough to get him to the highest score?

To get there, they must impress the formidable panel of judges – Oliver Peyton, Matthew Fort and for the first time this year, broadcaster and restaurateur Andi Oliver. Today they are joined in the chamber by guest judge Marion Regan, whose farm provides the famous Wimbledon strawberries to the championships.

Both chefs raise their game and impress the judges with their inventive dishes, but only one can go through to represent the south west of England in the national finals.