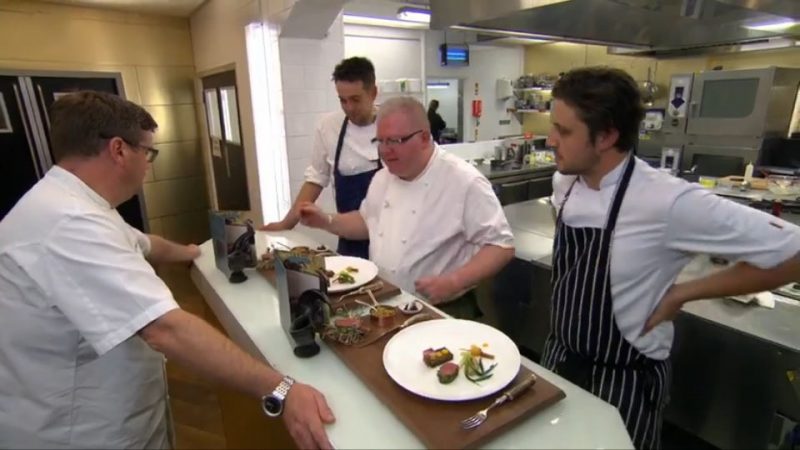 Today in Great British Menu episode 13 2017 is the main course and the pressure is intense in the kitchen. In the hope of impressing veteran judge Daniel Clifford, Paul Askew, chef patron at The Art School Restaurant in Liverpool, is serving an extremely personal main course based on his mother’s favourite food. Ellis Barrie surprises with an imaginative dish that honours Wimbledon champion Fred Perry, originally from the north west.

And Tom Parker is doing his take on a traditional summer barbecue, which he needs to elevate to banquet standard in order to make it through. All three chefs have several elements to complete and are feeling the pressure of the Great British Menu kitchen.

This year on Great British Menu, the ultimate professional cooking competition, 24 of Britain’s top chefs are competing for the chance to cook at a prestigious Taste of Summer banquet celebrating 140 years of the iconic Wimbledon Championships.

The chefs have been challenged to create outstanding dishes that capture a ‘taste of summer’. Their menus must reflect the tastes, smells and colours of everybody’s favourite time of year and pay tribute to the incredible history and prestige of the tournament. 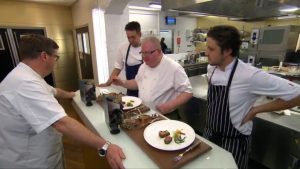