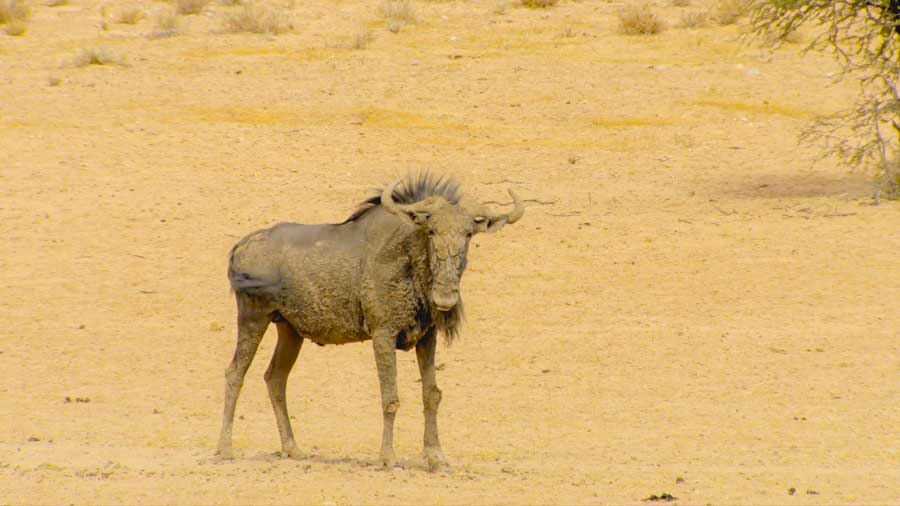 Great Parks of Africa episode 5: The riverbeds that carve their way through the Kgalagadi Transfrontier Park offer a tantalizing promise of life, as well as a fierce test of survival. Explore the hidden lifelines that create a fragile link for the creatures that inhabit this unwelcoming wilderness.

The Kalahari Gemsbok National Park in South Africa was established on 31 July 1931 mainly to protect the migrating game, especially the gemsbok, from poaching. In 1948 an informal verbal agreement was made between the then Bechuanaland Protectorate and the Union of South Africa to set up a conservation area in the contiguous areas of the two lands. In June 1992 representatives from the South African National Parks Board Board (now SANParks) and the Department of Wildlife and National Parks of Botswana set up a joint management committee to manage the area as a single ecological unit.

A management plan was drafted, reviewed, and approved in 1997. The parties agreed to cooperate in tourism and share equally in park entrance fees. On 7 April 1999, Botswana and South Africa signed a historic bilateral agreement whereby both countries undertook to manage their adjacent national parks, the Gemsbok National Park in Botswana and the Kalahari Gemsbok National Park in South Africa as a single ecological unit.

The boundary between the two parks had no physical barriers, although it is also the international border between the two countries. This allowed for the free movement of animals. On 12 May 2000, President Festus Mogae of Botswana and President Thabo Mbeki of South Africa formally launched Southern Africa’s first peace park, the Kgalagadi Transfrontier Park.

The park is located largely within the southern Kalahari Desert. The terrain consists of red sand dunes, sparse vegetation, occasional trees, and the dry riverbeds of the Nossob and Auob Rivers. The rivers are said to flow only about once per century. However, water flows underground and provides life for grass and camelthorn trees growing in the river beds. The rivers may flow briefly after large thunderstorms.

The riverbeds that carve their way through the Kgalagadi Transfrontier Park offer a tantalizing promise of life, as well as a fierce test of survival.