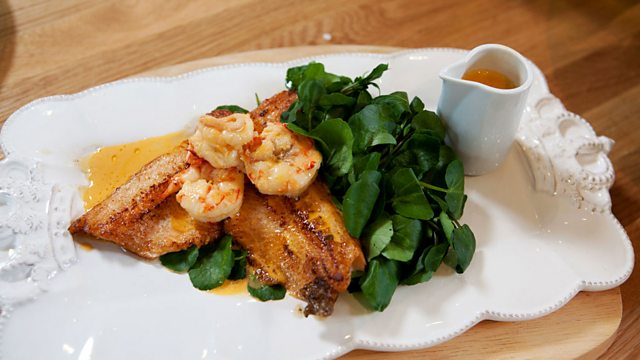 Hairy Bikers’ Best of British episode 4 – British Waterways: In this programme, they explore the amazing food available in our British waterways. With their unique banter and camaraderie, the hairy duo try their hand at fly-fishing for trout, create a sumptuous stuffed wild duck and find out about how the Gloucestershire tradition of eating baby eels has effectively died out.

Stunning food and fascinating stories told by the popular culinary duo. Si and Dave continue their culinary journey through time as they celebrate British food.

Hairy Bikers' Best of British episode 4 - British Waterways: In this programme, they explore the food available in our British waterways.