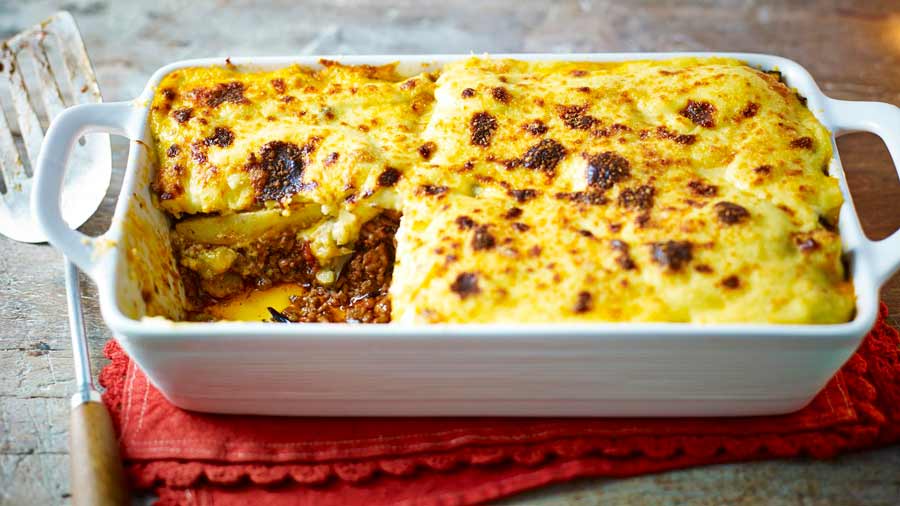 Hairy Bikers’ Best of British episode 9 – A Taste of the Med: The flavours of the Mediterranean have had a huge influence over modern British cuisine. Brought over at first by the Romans and more recently by hordes of holidaymakers returning from the sun, the range of dishes and ingredients Britain has adopted from the Med are now commonplace on our menus and in our homes. Dave and Si look at how this has evolved and create their favourite dishes.

Dave and Si continue their culinary journey through time as they celebrate British food.

This delicious lamb moussaka recipe from the Hairy Bikers provides a wonderful meal for a family occasion. Completely comforting.

Hairy Bikers' Best of British episode 9 - A Taste of the Med: The flavours of the Med have had a huge influence over modern British cuisine.