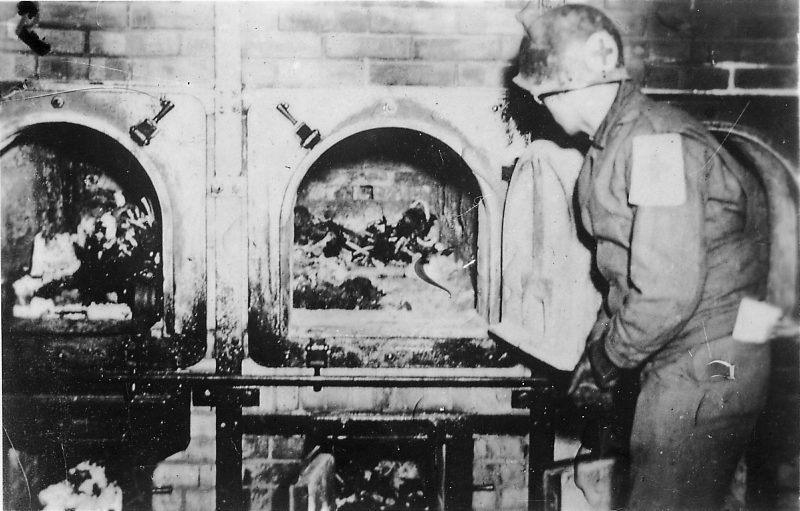 After being established in the Summer of 1937, Buchenwald soon developed into one of the largest concentration camps in Germany, in its eight years of existence,approximately 250,000 inmates from 35 countries were imprisoned here. More than 50,000 of them died during the camps reign of terror. They were systematically culled.The inmates were submitted to the life of slaves, working for the S.S. and the Third Reich.

They were deliberately made to suffer by hunger and beatings until death, and were easily replaced by a regular influx of new prisioners using many previously unpublished photographic documents and statements by witnesses to the events, this film documentry reconstructs the history of the camp.

On April 4, 1945, the US 89th Infantry Division overran Ohrdruf, a subcamp of Buchenwald. It was the first[citation needed] Nazi camp liberated by US troops.

Buchenwald was partially evacuated by the Germans from April 6, 1945, until April 11, 1945. In the days before the arrival of the American army, thousands of the prisoners were forced to join the evacuation marches. Thanks in large part to the efforts of Polish engineer (and short-wave radio-amateur, his pre-war callsign was: SP2BD) Gwidon Damazyn, an inmate since March 1941, a secret short-wave transmitter and small generator were built and hidden in the prisoners’ movie room. On April 8 at noon, Damazyn and Russian prisoner Konstantin Ivanovich Leonov sent the Morse code message prepared by leaders of the prisoners’ underground resistance (supposedly Walter Bartel and Harry Kuhn):

“To the Allies. To the army of General Patton. This is the Buchenwald concentration camp. SOS. We request help. They want to evacuate us. The SS wants to destroy us.”

The text was repeated several times in English, German, and Russian. Damazyn sent the English and German transmissions, while Leonov sent the Russian version. Three minutes after the last transmission sent by Damazyn, the headquarters of the US Third Army responded:

“KZ Bu. Hold out. Rushing to your aid. Staff of Third Army.”

Women from more than twenty countries were inmates betwen 1939 and 1945 in the Ravensbruck concentration camp in Germany. They were maltreated, humiliated and tortued to death. The aim of this documentry is to keep alive the memory of the fate and the inhuman treatment that was suffered.

Buchenwald Concentration Camp: After being established in the 1937, Buchenwald soon developed into one of the largest concentration camps in Germany

The Pacific War in Color episode 1